Wagner's 'Ring' is about the meaning of love, says tenor Lance Ryan

Young tenor Lance Ryan gave his first performance at the Bayreuth Festival this year as Siegfried. He shared his thoughts with Deutsche Welle on the character of Siegfried and performing at the celebrated festival. 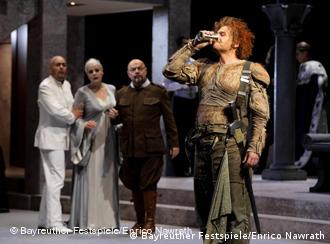 Canadian Lance Ryan, who resides in Karlsruhe, Germany, first performed in Germany in 2005 as "Otello" at the Staedtische Buehnen Muenster. He's sung at opera houses around the world, including at the Vienna State Opera and the Frankfurt Opera House. A German opera magazine called him "sensational" in his role as Siegfried in Richard Wagner's opera cycle "The Ring of the Nibelung."

The 2010 Bayreuth Festival draws to a close on Saturday, August 28.

Deutsche Welle: What path led to Bayreuth for you?

Lance Ryan: I think it began with debuting the role of Siegfried and initially having some success; the word started to spread. From what I understand, [Bayreuth Festival co-director] Eva Wagner-Pasquier first heard me in Stuttgart in "The Flying Dutchman," and then she came to hear me once again in Mulhouse when we were doing "Siegfried." She really liked what she heard, and, at that point, a dialogue started to open between her and my agent.

I think in September she first said they thought they needed a new Siegfried for this coming summer. It was short notice in operatic terms - 11 months - but I had the summer free, and I thought, "Why not?" At that point, I also felt I owed something to Frau Wagner for spreading the good word about me and helping to propel me.

On stage, you appear very natural in the role of Siegfried. Do you feel natural despite the rather artificial situation of performing and singing at this energy level?

I think you have to find the enthusiasm, the energy and the youthfulness in Siegfried. There are many different aspects to the character, and that's one of the reasons he's fascinating to play. You think back to being around 17 or 18 - the age Siegfried is supposed to be - in that rebellious phase where you're growing, and you want to get out and discover, but you really have no idea what you're getting into. That's exactly what Siegfried is. Once you kind of identify with that, everything else comes with it.

It's strange with Wagner - it never strikes you right away what a great musician he is because the work is just so complex. It's so rich and dense that you have to sift through much material in order to find how he makes it work in such a genius way. Once you've recognized all that, then you find the road, and it carries you. In that way, it eventually does come naturally. 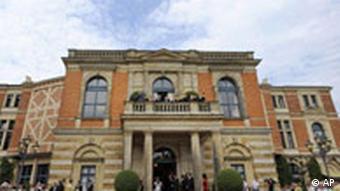 There's certainly a heroic aspect to the music, and Wagner said Siegfried was his ultimate hero even though the character is adolescent and foolish. Why would Siegfried be considered a hero?

It's a great comparison when you take Siegfried and Siegmund, Siegfried's father. Siegmund had his father there to guide and teach him how to hunt and fight and deal with certain situations, but Siegfried didn't have that. He only had Mime, this dwarf who never really loved him. So I think one of the great tragedies in the work is that Siegfried is a kind of dysfunctional character. You have this boy with great potential but who is just born in tragic circumstances.

I tend to think that Wagner could identify that with his own history. He recognized in himself what a great musician, dramatist and talent he was. But early in his career, that was never recognized. I think this inability to fulfill oneself in one's youth is something he identified with, so maybe that's why he feels Siegfried was his greatest hero.

I think that's also one of the great lessons of the Ring - to show what love really means and to show what can go wrong if it's not nurtured between people.

I imagine there is now a lot of demand for you to sing in new productions. What priorities do you have musically?

Yes, there's a lot of demand, and I have quite a few productions in view within the next five or six years. But at the same time, I always want to keep a more lyrical side to the roles. In the market, once you have a stamp or an identity, that's what the theaters want because they want to say, "We have this singer in this role." It's a marketing thing, and that's just the way it is in modern society. There's a commercial aspect to it all now, in contrast to 100 years ago when there was more patronage.

But I try to keep a balance for my vocal health and for artistic reasons. I look for variety - something new and something lighter for my voice. Siegfried is good for my voice because the part isn't so deep. Its register still lies quite high, unlike Tristan or Parsifal. With Siegfried, you can keep the very tenor aspects, and when you do, I think the more heroic qualities come out. 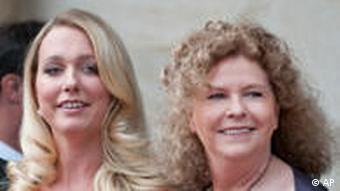 How would you describe your first experience performing on the Wagner stage?

It's great - an amazing theater with an amazing acoustic. I think the biggest difference for me was the way the orchestra pit is divided. As a singer on stage, you hear the violins very clearly, but you don't hear the horns and woodwinds as well as you normally would. So, you have a different sound from the orchestra as an artist on stage, and you have to take note of that.

Other than that, the acoustic here gives you great confidence that you can do more vocally and artistically with color because you know the audience can almost always hear you. Like conductor Christian Thielemann has said, "You don't have to sing so loud, we will adjust." That's excellent to hear a conductor say that. Then you know you can play vocally - with lightness and color - and you don't have to think "Can the audience hear me?"

With this conductor and this stage, you feel that you can do things that you might not be able to do anywhere else.

The fanfare from the Bayreuth Festival, opening on July 25, summons an audience ranging from prominent politicians to die-hard Wagnerians. Composer Richard Wagner's legacy has magnetic power. (24.07.2010)

If you're not a celebrity or the chancellor, getting tickets to the Bayreuth Festival is close to impossible - but not entirely. On the legendary Green Hill, the black market is well established. (28.07.2010)