The beleaguered German auto maker is headed for its biggest lawsuit to date as consumer outrage over the emissions-cheating scandal shows no sign of abating. A German lawyer says damages could run into millions of euros. 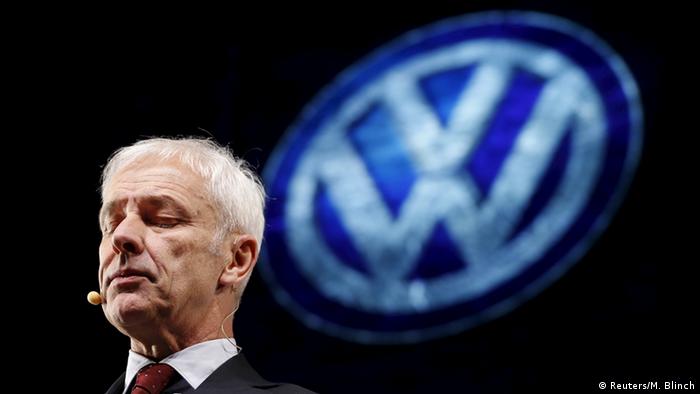 Each week, hundreds of affected Volkswagen owners are joining a European class action lawsuit against the car giant that already includes more than 60,000 consumers, a representative for the German law firm "Baum, Reiter und Kollegen" confirmed to the regional "Rheinische Post" newspaper on Thursday.

"The sustained interest [in the lawsuit] shows that Volkswagen customers continue to demand compensation for the damages, and that they are not satisfied with what the company has offered them so far," said prosecutor Julius Reiter.

His Düsseldorf-based law firm filed the collective lawsuit in the Netherlands, because German law doesn't allow for such class actions.

According to Reiter, VW could be looking at some 10 million euros ($10.9 million) in punitive damages.

The bills keep piling up

Still, that's peanuts compared to the legal bill the German car giant could face if US regulators have their way. Last week, the Justice Department warned the company could face up to $45 billion dollars in penalties over violations of the Clean Air Act.

With more than 500 individual and class action lawsuits waiting to be decided, some have estimated that total damages in the US could run as high as $90 billion.

To calm the waters, VW has gone to extraordinary lengths to assuage US customers. As part of a massive PR offensive, Volkswagen of America in November offered owners of affected 2.0-liter diesel vehicles - nearly 480,000 in total - $1,000 as part of a "goodwill" package - $500 in the form of a prepaid Visa card, and another $500 in the form of a voucher to be used at US VW dealerships.

So far, 260,000 owners have taken advantage of the program, according to VW US CEO Michael Horn.

And earlier this week, the company expanded that program to around 80,000 additional owners, whose 3.0-liter SUVs - including the VW Touareg, the Porsche Cayenne, and the Audi A6 Quattro - are also programmed to cheat on emissions tests.

Because European regulators have proven considerably more cooperative than their US counterparts, prosecutor Reiter believes the company is trying to short-change European customers.

"Why should German consumers be treated as second-class customers?" he asked.

Volkswagen and US authorities have met to find a solution to the "dieselgate" saga. But the meeting was short and comes a day after California authorities deemed VW's dirty diesel recall plan "unacceptable." (13.01.2016)

It's back to the drawing board for the German car giant as US authorities have deemed VW's plans to recall cars fitted with emissions cheating software "inadequate." Meanwhile, CEO Müller has insisted VW "did not lie." (12.01.2016)

Pressure on VW is mounting in the US in connection with its diesel emissions scandal - maybe too much pressure. DW's Henrik Böhme thinks some actors in the drama seem to have lost their sense of proportion. (05.01.2016)

Washington and Brussels have imposed sanctions against Russian officials and businesses. US intelligence officials concluded that the Russian government was behind the attack on Kremlin critic Alexei Navalny.