Volkswagen will recall over eight million diesel cars registered in Europe to fix software designed to cheat in emissions tests. But the carmaker's new CEO is undaunted by the challenge and believes in a comeback. 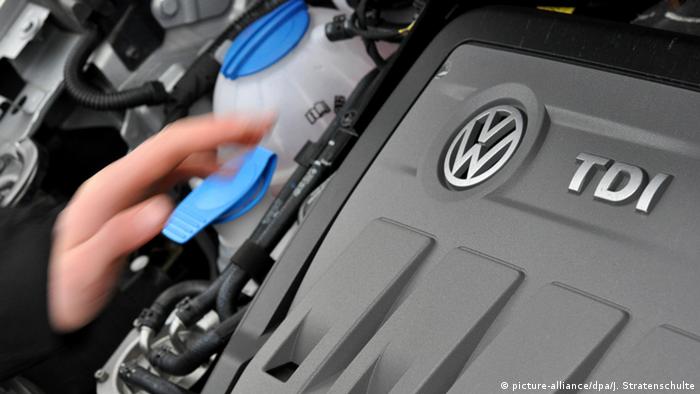 Volkswagen said on Thursday it will recall around 8.5 million vehicles in all 28 of the European Union's member states in light of the emissions scandal engulfing the company.

For countries outside the EU, it would have to be established in detail exactly which vehicles were affected, Europe's biggest auto maker said in a statement. "Volkswagen will be pro-active in approaching and informing customers," the carmaker said.

Already from the beginning of October, every VW customer has been able to use the company's website to check whether their vehicle was affected, simply by typing in the car's number. A similar function was also available on the websites of the company's other brands such as Audi, SEAT and Skoda.

"Rectifications of the vehicles will begin from January 2016 and will be free of charge for our customers," VW said. The solutions could involve both software and hardware measures. Until the changes could be undertaken, "every vehicle remains technically safe to drive," VW insisted.

The decision came on the same day when German vehicle-safety regulator, KBA, ordered Volkswagen to recall 2.4 million diesel vehicles that are outfitted with the flawed software. The mandatory callbacks will also start at the beginning of 2016.

Dobrindt said the KBA had concluded the software was "an illegal shut-off mechanism." The agency will require VW to submit new software for the 2-liter capacity version of the EA 189 engine for review by the end of this month.

Technical fixes for the 1.6-liter and 1.2-liter versions must be proposed by the end of next month. New hardware must be fitted to the 1.6-liter model, and the project and parts would not be available until September 2016, Dobrindt said.

He left unclear whether the smallest engine in the series would need a software or a hardware fix. He said Volkswagen had undertaken that owners of the vehicles would not be left out of pocket by the repairs.

CEO: VW to bounce back

In spite of all the troubles, the carmaker's new Chief Executive, Matthias Müller - who took the helm last month - told a meeting of VW managers in Leipzig, Germany, on Thursday that Volkswagen had "a good chance of shining again in two to three years."

He said the company needed to give more power to its brands and regional operations while working to get to the bottom of the biggest business scandal in its history.

"We will significantly streamline structures, processes and [decision-making] bodies. We must become leaner and take decisions more rapidly," Mueller said of his recovery plan.

"Our competitors are only waiting for us to fall behind on technology matters because we are so preoccupied with ourselves. But we won't let that happen," he added.

The scandal has wiped around a quarter off Volkswagen's stock market value, forced out its long-time CEO Martin Winterkorn and rocked the global auto industry and German establishment.

VW is under pressure to identify those responsible for the emissions deception and replace parts or update software in 11 million of its diesel vehicles worldwide.

On Thursday, another German cabinet official said the government in Berlin should think about scrapping tax breaks for diesel cars and instead use the money to promote electric vehicles.

VW has already made a number of strategic decisions in the wake of the disclosure that it knowingly lied about the true level of its cars' toxic output. One of those decisions was to slash its annual investment budget by 1 billion euros ($1.14 billion), which the company announced Tuesday.