Von Bechtolsheim: I invested in Google to solve my own problem | World | Breaking news and perspectives from around the globe | DW | 12.08.2009

Von Bechtolsheim: I invested in Google to solve my own problem

In an interview with Deutsche Welle, IT maven Andreas von Bechtolsheim talks about his best business decision, why he had to change his name in the US and what he considers the next killer application. 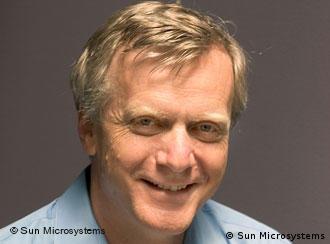 After founding Sun and investing in Google, von Bechtolsheim is now involved with a new company

Andreas von Bechtolsheim is one of the world's leading IT entrepreneurs. He is a founder of Sun Microsystems as well as many other companies and was the first investor in Google. Originally from Germany, von Bechtolsheim studied at Carnegie Mellon and Stanford University in the United States and lives in Silicon Valley.

DW: Google last week was crowned the world's most valuable brand for the first time beating out Microsoft. Was your decision to write the famous 100,000 dollar check for Sergey Brin and Larry Page so they could start what later became Google the best business decision you ever made?

Andreas von Bechtolsheim: I met the founders of Google in 1998 when they were still students at Stanford University and they had a prototype of their search engine idea in very small scale that they showed to me and I got very excited about the potential of allowing anyone to find any information anytime through this much better form of search compared to what was available at the time. So I really invested in the company to solve my own problem which was how to find information on the internet which in 1998 was actually a very difficult thing to do.

I cannot claim I foresaw how much this would take off, I just thought good search was really, really important, but I have to admit I underestimated the potential of the business model to reach what the company has achieved so far. It really is the company that deserves all the credit for what they have done not me, but it was the first check that they ever got and the company didn't even exist yet. It was in fact the best business decision I made in my life.

When you gave Brin and Page the money to start Google, you were impressed with the simple idea of creating a new and better search engine. Today Google is offering anything from phone management systems to office tools to mobile phone platforms and many other products. Is Google spreading itself to thin by attacking Microsoft and Apple and neglecting its core business?

I wouldn't quite characterize it this way. Google is basically in the business of advertising and there are of course many ways to collect advertising dollars and the key issue of course is to get as many people to see your ads as possible. 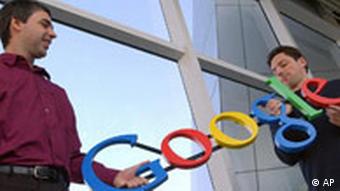 So the expansion that Google is working on the Android, the mobile phones, and many of these other new applications is all to achieve yet more customer traction and I think the company made a lot of progress in many of these applications. Everybody uses Google Maps and Google Earth is very nice and in some ways it isn't quite clear how this makes money on day one, but as people use these applications and they get deployed in other websites as well, they did get more and more of an audience. So in the end advertising needs the biggest circulation, the biggest number of people looking at their ads and this is what Google is working on.

Since your founding of Sun Microsystems, you have been a major contributor to technological innovations over the years. From your perspective what is the next so called killer application we should keep an eye on?

There is no question in my mind that that is what people now call cloud computing. To explain this a little bit: Historically people literally had to buy a computer to then use the program or the application they wanted for the business, payroll, database and so on. In the future, all of these applications will run just on the web in some big remote data centers located in the places of the world where the power is cheapest and the user only needs a browser on the laptop or on the mobile phone to access these applications.

In other words, most companies are not computer companies yet they end up running a database center and are suddenly in the computer business of how to do that. They would be much happier not worrying about the datacenter and just being able to use the application over the web. And this is what people call cloud computing.

As someone who has been ranked in Forbes List of the World's Richest People in the world, money surely can't be your prime motivation to start new businesses all the time. What does money mean to you today and what drives you to found new companies every few years?

My motivation never was money. My motivation is to build better products that solve important problems and I have been involved in different companies over the years. When Sun started the key initial product was the work station which at the time was a big new thing and it became a very big business. Later I started a networking company that Cisco acquired, then I worked on a video server company which Sun acquired, so that's how I came back to Sun.

And I am now working with a networking company that I am very fond of which is building networks for these cloud computer datacenters. But in every case the goal was to take advantage of the latest available technology, to solve a problem that needs to be solved. This is one of the areas where one can still create new businesses and build better products and build a business that becomes successful in the market.

Your latest venture is called Arista and was launched in 2005. Can you explain what Arista does and since you have been there for some time already are you itching again to do something new?

Arista did start in 2005, but the product was only announced a little more than a year ago. In fact, I only became involved with Arista full time at the end of last year, so I have been there actually only about six months. The difference with Arista is we are building a real business company that is selling products and expanding internationally, including in Germany. We are building ten gigabit ethernet switches and in the future the even higher speed 40 and 100 gigabit switches.

The products are used in large scale datacenters where large numbers of computers get connected to each other to perform cluster type of applications. So the key market force is in fact the cloud computing evolution in the industry.

You have been living in the US now for more than 30 years, have shortened your first name to Andy and dropped the von in your last name. After all this time abroad, do you still feel German or have you become an American?

I continue to be a German citizen, so I am not an American national. My legal name is the same it always was. The problem with the von is that in America they combine the von title with the last name and my last name is really so long that it actually didn't fit in most computers anymore. So my middle initial is now v. for von and the last name is of course as it always was. That's the peculiarity of the American way of looking at German names. 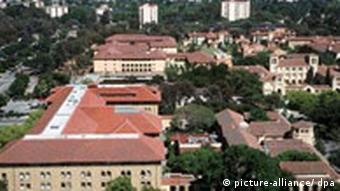 Stanford University is considered the cradle of Silicon Valley

I really consider myself more of an international person, meaning when I was young I lived in Italy for many years and I enjoy vacation in Europe. But I could be happy in almost any place in the world. I chose to live in California because that's where the high technology developments are concentrated in Silicon Valley. But if I was doing something different - I may be doing something completely different in the future - I may choose to live in Europe at some point.

The year 2009 is an important year for Germany, marking 60 years of the Federal Republic of Germany and 20 years since the fall of the Berlin Wall. As someone who has experienced most of this from abroad, what is your sense of Germany in the past compared to today?

It was obviously a very big change to combine East and West Germany and clearly this was a good thing and Germany has benefitted from that combination in many ways. I've watched Germany really from remote, meaning I see the news articles and stories, but I haven't followed German politics and other evolutions in any detail.

But my sense is that Germany became more open and open-minded as a result of this and clearly a very significant player in the world economy. And it wasn't just the opening of East Germany, but really the whole European Union thing, that benefitted Germany a great deal and allowed it to export and create new trade opportunities with other countries.

So I see Germany is doing quite well, building beautiful cars and many other great products and I always wish Germany the best of success, being not only German, but I think it deserves it.

Yahoo and Microsoft have announced they will join forces to tackle the online dominance of search engine giant Google. Under the 10-year deal Microsoft's own search engine will be used on Yahoo sites. (29.07.2009)