Property sales have ground to a halt globally alongside the rest of the economy due to the coronavirus pandemic. One firm is offering technology to allow deals to proceed without the buyer even visiting their new abode. 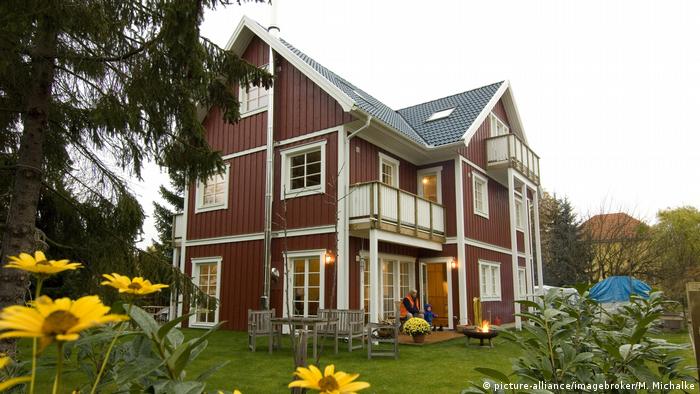 Strict lockdown measures in dozens of countries have put paid to real-life property viewings and sent the real estate sector into a tailspin. Instead, virtual viewings, which until now have been a useful but frivolous add-on to most online property listings, are now taking center stage.

During these unprecedented economic times, real estate agents are now advising sellers to go one step further, by creating 3D walkthroughs of their property using technology from startups like Matterport. The US firm has created a digital spatial data platform that it says can digitize all the world's physical assets and create a virtual twin.

The technology has been available for several years, but its 3D virtual property tours are a huge game-changer for the real estate sector at a time when a third of the world's population is in hibernation.

"The 3D camera captures elements from every possible angle of a property, so a buyer can walk around as if they are actually there," James Morris-Manuel, Matterport's CEO for Europe, the Middle East and Africa (EMEA), told DW.

He said 3D viewings allow prospective buyers to judge the size, space, and dimensions of each room, move around any obstacles such as furniture, and judge a property from any position. The 360-degree viewings can be seen on smartphones as well as computers and other devices.

Matterport noticed a sudden spike in demand for its 3D virtual viewings once it became clear that Europe and North America were going to implement similar coronavirus lockdowns to those seen in China. "There was a big rush to have properties captured so that people could have business continuity," Morris-Manuel said.

Since then, several governments, including the UK, have advised the public against moving house and that sellers should halt property viewings during the restrictive measures. That has prompted more agents and owners to buy or lease 3D cameras or virtual reality headsets to capture the data, which is then uploaded to Matterport's artificial intelligence (AI) engine. The firm then guarantees virtual viewings will be ready within 24 hours and can be easily embedded in property listings. 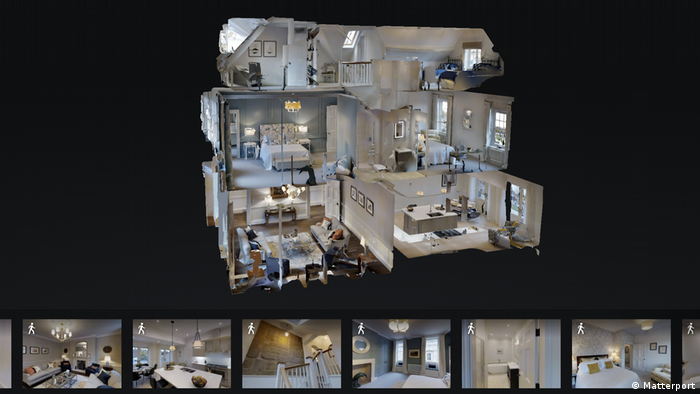 Matterport viewing experience: A 3D view of a property in Warwick, England

"People have still been capturing the 3D data during the lockdown. Some photographers are considered key workers and can still operate. A lot of commercial property has never been empty before, so now is a good time to go in and capture it," Morris-Manuel said.

Although virtual walkthroughs sound like the preserve of the most luxurious properties, it costs up to 250 pounds (€288, $310) to have a property 3D captured. "With luxury properties, the appeal is often to target overseas buyers, but with entry-level or mid-market properties, 3D viewings sometimes offer a bigger return on investment as fewer real-time viewings are necessary," Morris-Manuel said. He added that virtual viewings are "helping keep a lot of [real estate] companies going during what are unprecedented trading conditions."

Even if the stay-at-home orders are relaxed soon, it could be some time before property agents see large numbers of in-person viewings once again. Many owners may not want so many people entering their homes, especially if they're still living at the property, which could boost the use of virtual tours even more.

"A lot of the lessons learned during this period will still be applicable once we are through this stage. If social distancing measures stay in place for some time, I don't know if people will rush to physically go and look at 10 properties, but they might look at four that they've already looked at with the online tools," said Morris-Manuel.

During what is expected to be a difficult real estate market going forward, Matterport thinks virtual viewings could help close deals for property that would otherwise remain unsold. More and more data hint about the trouble sellers are likely to face.

A survey published by consulting firm Ernst & Young last month found that 76% of real estate firms in Germany expect a fall in sales this year. The figure was just 16% at the end of 2019. The US government-sponsored property enterprise Freddie Mac said the American real estate market would take at least a year to recover from the economic damage caused by the pandemic.

However, a clue that the downturn may be short-lived can be found in viewing figures for property listings. Immoscout24, whose readership fell in mid-March when lockdown measures were first announced, says interest from prospective buyers has quickly returned. The property portal told DW that user numbers over the past three weeks are up 30%, and just above the prepandemic level.

Not even real estate is safe from coronavirus

China has registered its lowest quarterly growth since the start of the pandemic, according to data from the country's statistics bureau. The period was marked by lockdowns in Shanghai and elsewhere.