New research from the UK shows that autistic children can improve their communication skills by interacting with a virtual computer character, which reacts to their movements, touch and voices. 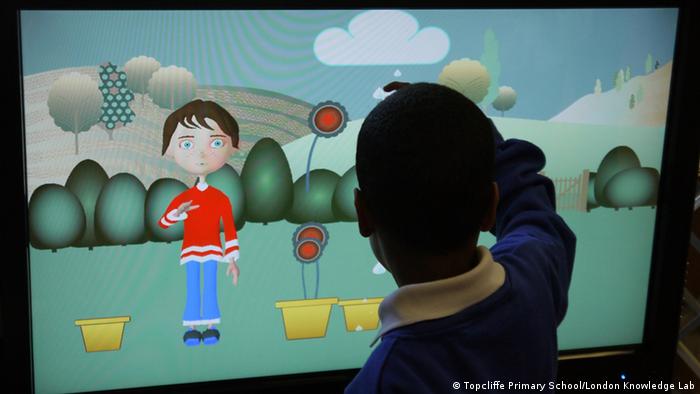 Some children on the autistic spectrum find it challenging to communicate with other people, but new interactive technology from the London Knowledge Lab in the UK, is helping primary school children improve their social interaction in the classroom.

The "ECHOES" research project allows the children to communicate with a virtual character - a boy called Andy - through a touchscreen TV.

"There are a lot of important skills that children need to learn in order to engage in successful social interaction. For example, being able to follow the gaze of others in order to understand what another person may think or intend. And these are really the fundaments of communication," Dr. Kaska Porayska-Pomsta, who heads the ECHOES research project, told DW.

While children with autism can find it hard to interact with other people, they often have fewer barriers when it comes to interacting with computers.

The idea behind ECHOES has been to allow children with autism to interact with the character Andy, so that they can learn important social skills, which they can apply in the real world with real people, Dr. Porayska-Pomsta explained. 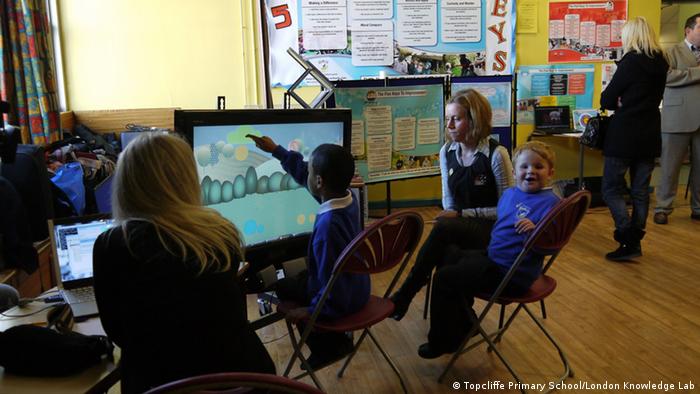 "The interaction with the environment and with Andy is facilitated through a large 42-inch multi touchscreen, and children can manipulate different objects within this environment," she said. "For example, there are pots that they can stack, or flowers that they can pick. They can shake a cloud, and it will produce rain and grow more flowers. And the idea is that these objects provide triggers for social interaction."

The computer program works very much like modern computer gaming consoles Wii and Kinect. The children react to what's happening on the screen, while the program reacts to the children's movements, touch and voices.

The technology developed by ECHOES has been tested at Topcliffe Primary School in Birmingham, where around 50 of the school's 250 pupils have varying degrees of autism. The results have been welcomed by both teachers and parents.

"A child with autism can be very locked-in, let alone self-directed," said Sarah Quickenden, a teacher at Topcliffe. "It's the locked-in children that we find most difficult to motivate into exploring their social skills. Because they do have social skills, it's just a matter of them having the opportunity to share that with somebody next to them who they want to actually interact with." 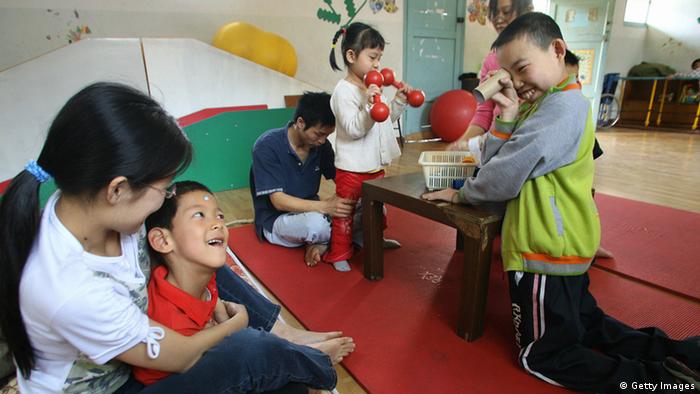 Autism is a global problem, and ECHOES will be available in Asia later this year

Quickenden and her colleagues have seen the children play with the images on the screen in ways that they hadn't done before. "The normal curriculum that we were offering just wasn't allowing them to demonstrate these skills to us," she said.

Topcliffe Primary School has long focused on integrating children on the autistic spectrum into the ordinary school curriculum. The ECHOES program has been helpful, according to the school's headmaster, Ian Lowe.

"One piece of technology isn't a cure for autism, but what it does do is support children in communication. The benefit for us has been children who have been struggling with communication issues have engaged with Andy. In fact when Andy 'hasn't worked,' the children are still asking him to come onto the screen, or 'get a move on,'" Lowe said. "They have completely bought into the Andy character, therefore they're having dialogue with Andy and communication with Andy which they then can take into the classroom."

The first stage of ECHOES has now concluded and a report detailing the findings is due to be published shortly. Project leader Dr. Kaska Porayska-Pomsta is very pleased with the outcome so far.

"Seeing children interacting with technology that you have dreamt up is absolutely magic in itself. And there is so much we can learn from it. It is absolutely essential to engage children - and teachers - at different stages in the development of the technology to make it relevant to their needs," she said.

Several other European countries have shown an interest in adopting the ECHOES technology, and it is also due to be rolled out in India. The next step is a mobile application featuring Andy, the virtual boy who allows pupils to use portable devices like tablets to interact even more easily.

People with autism connect on the Internet

Asperger's syndrome was once seen as a social death sentence. But today, people with the condition can connect with each other online, which in turn promotes awareness. (03.01.2013)

Germany's job market needs IT specialists. People with Asperger's syndrome are often very skilled in this field, but companies shy away from hiring them. A consulting company wants to change that. (03.12.2012)