Ukraine has focused heavily in EU talks in Lithuania after Kyiv rejected a free-trade deal with the EU in favor of closer ties with Moscow. But the EU remains keen on bringing the country into the fold. 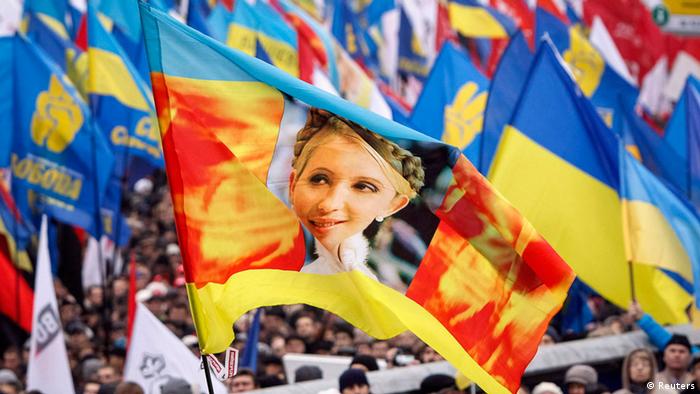 The European Union on Thursday warned Ukraine that it was risking its economic future by its decision last week to suspend work on a landmark association and free-trade deal and focus instead on enhancing ties with Russia.

Speaking ahead of a two-day summit aimed at improving relations between the EU and six of its eastern neighbors, EU enlargement commissioner Stefan Füle rejected Ukraine's claim that upgrading its economic base to European standards would cost too much.

"The only costs that I can see are the costs of inaction allowing more stagnation of the economy and risking the economic future and health of the country," he told a business forum in the Lithuanian capital, Vilnius.

The deal between the EU and Ukraine was due to be signed at the meeting in Vilnius. The association agreement would enhance political ties between the two sides and pave the way for trade liberalization

The meeting is being held within the framework of the EU's Eastern Partnership project, a four-year outreach program for six former Soviet republics.

Ukraine's move to reject the deal was widely attributed to pressure from Ukraine's neighbor, Russia, which wants Kyiv to join a Moscow-led trade bloc.

Just before the start of the summit, top EU officials met with Ukrainian President Viktor Yanukovych to restate their case, but both sides declined to answer press questions.

Despite disappointment at Ukraine's decision, the EU insists it is still keen on closer ties with the country.

Arriving for the summit, German Chancellor Angela Merkel said, "We will make very clear that the EU is ready to take in Ukraine as an associated memer, to sign the association agreement," adding that she had "no hope that it will succeed this time, but the door is open."

Tens of thousands of people have demonstrated in Kyiv against the rejection of the EU deal.

Jailed ex-premier Yulia Tymoshenko (seen on the banner held by protesters in the above photo) has given her support to the demonstrators, declaring a hunger strike on Monday.

Boxer-turned-politician Vitaly Klitschko also criticized the decision, accusing Yanukovych of being "afraid of democracy and the move towards Europe."

The meeting will see the EU move forward with political association agreements with two other ex-Soviet republics, Georgia and Moldova, putting them on track to sign formally in about a year's time.