Passenger ships will soon be banned from staying overnight in Ha Long and Bai Tu Long bays. The World Heritage Site is a popular tourist destination in Vietnam. 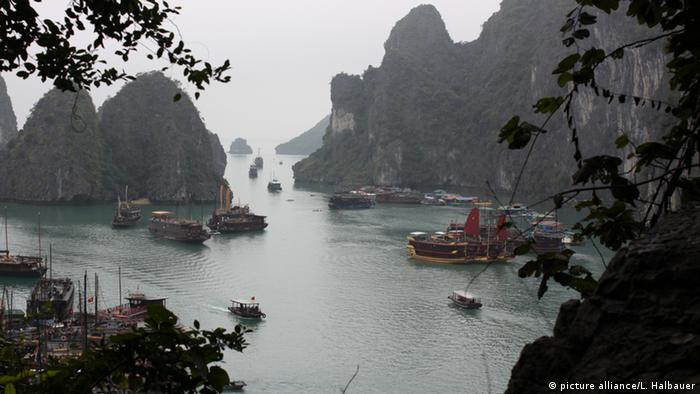 Only daytime cruises will be permitted in the future, local Communist Party officials in Quang Ninh province said, without saying from when. "At the moment, overnight cruising in Ha Long Bay is still normal, but in the future, we will not allow overnight cruising in the bay to guarantee safety for tourists," Pham Hong Ha, chairman of Ha Long City People's Committee, told dpa. "Ha Long Bay faces whirlwinds, and gusts, and waves, so it is not safe," he added.

Ha Long Bay currently has 202 tourist boats that drop anchor on the bay overnight, according to a report from Thanh Nien newspaper. Accidents have occasionally hit the busy UNESCO World Heritage Site, which features towering limestone peaks just off the northern Vietnamese coast.

In 2011, the sinking of a wooden junk during an overnight cruise killed 11 foreign tourists and their Vietnamese guide, Thanh Nien News reported. Last year, 16 foreigners and nine Vietnamese were rescued after their boat caught fire, Tuoi Tre News reported.

Ha Long Bay attracted 2.2 million foreign tourists in 2015, with authorities aiming to bring in 5 million annually by 2020, according to the Vietnam News Agency.