The victim didn't remember anything, but knew something had happened and went to the police. The woman says that the men drugged her. 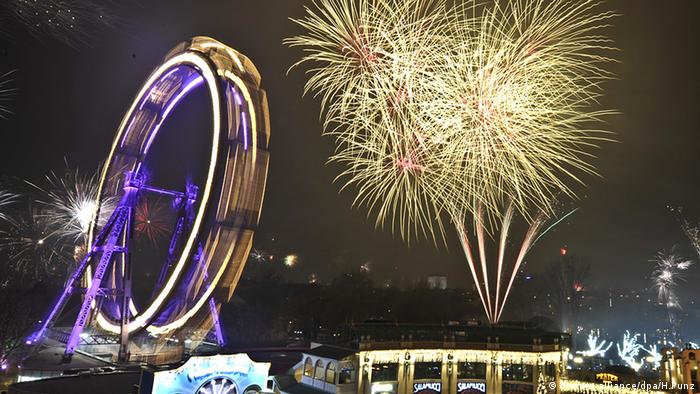 Austrian police have charged nine Iraqi men with rape in connection with an alleged sexual assault of a 28-year-old German woman on New Year's Day.

The men range in age from 21 to 47, and have all either been granted asylum or have applied for it, according to Vienna police spokesman Paul Eidenberger. They all deny any wrongdoing.

The alleged assault occurred in an apartment where two of the men were staying, apparently with the woman's friend.

The woman, from the northern German state of Lower Saxony, was celebrating at a square in central Vienna when she became separated from her friend. She doesn't remember what happened between about 2 a.m. and 6 a.m. when she awoke, but she knew something had happened, according to police spokesman Paul Eidenberger.

"The presumed perpetrators are likely to have taken advantage of the female victim's high level of inebriation," the Vienna police said in a statement.

The woman also accused the men of having drugged her.

Police used video surveillance and other evidence to piece together their investigation.

They also used DNA evidence to link at least four of the suspects to the crime, but "all were involved," Eidenberger said.

Prosecutors are seeking to have the men held as they continue their investigation. But Monday was a holiday in Austria, so courts were not in session, and efforts to get comments from prosecutors went unanswered.

Austria was a primary transit route for hundreds of thousands of asylum-seekers making their way into Europe last year. The influx ultimately prompted the government to limit the number of asylum applications.

The result was a series of border closures that ultimately shut down the Balkan route for would be asylum-seekers.

Austria has not witnessed the type of mass assaults that allegedly took place in the German city of Cologne on New Year's Eve - when hundreds of women told police they had been groped, attacked and robbed by mobs of men.

But there have been accusations of isolated sexual assaults and other attacks committed by immigrants in Austria. As a result public opinion has stiffened against an open-door policy towards migrants fleeing war and poverty in the Middle East and elsewhere.

The far-right Freedom Party, which is ahead in opinion polls, has seized on allegations of immigrant crime to press for tighter immigration policies. Immigration is expected to be a key issue in the re-run of a presidential election slated for October 2.