After picking up his third straight Formula One world championship in November, German driver Sebastian Vettel has been named the European Sportsperson of the Year. Vettel beat out Britain's Bradley Wiggins. 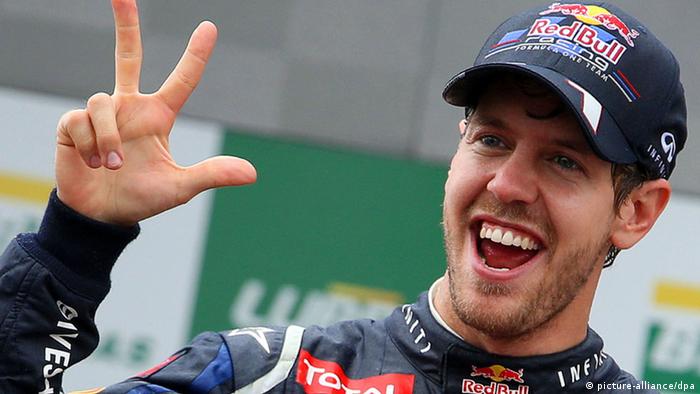 The winner was announced on Wednesday by the Polish Press Agency (PAP), which organizes the award. Journalists from 25 European news agencies cast their votes for the prize.

Sebastian Vettel has won the 2012 Formula One world championship - despite a hectic final race of the season in Interlagos where he could only finish sixth. Winner Jenson Button ensured that Vettel beat Fernando Alonso. (25.11.2012)

The PAP has awarded the European Sportsperson of the Year 55 times. On its website, the agency said the winner was selected from 73 athletes in 31 disciplines representing 28 countries. There were 47 men and 26 women among the choices.

Vettel becomes the fourth Formula One driver to win the distinction, and joins fellow German Michael Schumacher on the list of recipients. Schumacher won three times from 2001-2003.

After the end of the 2020 season, Sebastian Vettel and Ferrari will go their separate ways. In 2021, the four-time world champion will be hoping for more joy with Aston Martin.