Venus may have been 'Earth-like' until climate disaster

Researchers are claiming that the planet Venus may have been habitable for 3 billion years, before a major climate change event. A type of greenhouse effect could have created the planet's current "hellish" conditions. 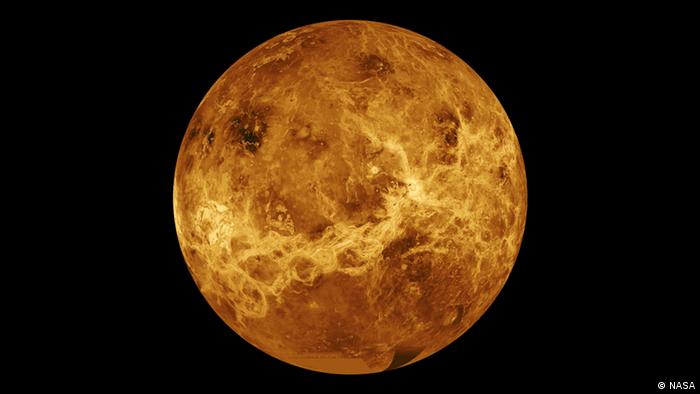 Work conducted by the Europlanet Society shows that the planet Venus may have been habitable for 3 billion years with an Earth-like climate.

The effects of greenhouse gases could have turned it into the "hellish hothouse" that it is today.

Venus is the Earth's closest neighbor and has a similar size and mass, but has never been seriously considered for interplanetary expeditions or as a contender for a possessor of extraterrestrial life as it boasts an average temperature of 462 degrees Celsius (836.6 degrees Fahrenheit).

However, the research shows that a temperate climate of between 20 and 50 degrees Celsius (68 and 122 degrees Fahrenheit) would have been possible on the planet's surface for much of its history.

An unknown event or series of events may have led to "outgassing" 750 million years ago, causing increased greenhouse gas conditions and allowing temperatures to rise dramatically.

"Our hypothesis is that Venus may have had a stable climate for billions of years," said Dr Michael Way of NASA's Goddard Institute for Space Science, one of the researchers.

"It is possible that the near-global resurfacing event is responsible for its transformation from an Earth-like climate to the hellish hot-house we see today."

Venus was long believed to have been too hot and too close to the Sun to have ever sustained liquid water. However, scenarios proposed by Way would allow for a deep ocean averaging 310 meters.

"Venus currently has almost twice the solar radiation that we have at Earth," said Way. "However, in all the scenarios we have modeled, we have found that Venus could still support surface temperatures amenable for liquid water."

Nevertheless, there are still some aspects of the question of whether Venus could ever have been habitable that cannot be fully answered. It is still unknown how quickly Venus cooled. There is also no way to know whether there was ever water on the planet's surface, even if conditions were right.

"We need more missions to study Venus and get a more detailed understanding of its history and evolution," Way said. "However, our models show that there is a real possibility that Venus could have been habitable and radically different from the Venus we see today."

The first close-ups of Pluto awed the world this week. A couple of decades ago, photos of Venus or Saturn taken from space had a similar effect on scientists. Join DW on an interplanetary photo safari! (19.07.2015)