US Troop Withdrawal Raises Concerns | News and current affairs from Germany and around the world | DW | 18.08.2004

Washington’s biggest military reorganization in 50 years has caused ripples around the world, but while the nations due to wave good-bye to US forces have issued muted regret, criticism is gaining pace in the US. 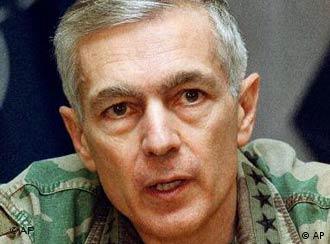 The decision by the United States to push through the biggest defense overhaul since World War II has caused concern in those countries from which troops will be removed and raised critical voices at home and abroad.

The US defense department's plan to revolutionize the military by redeploying 70,000 soldiers currently serving in Europe and Asia has social and political implications for all those involved.

In Germany, where 30,000 U.S. troops are expected to wave good-bye in the re-deployment, many communities that will be hit by the decision have slammed the cuts, warning they would send many regions to the edge of economic disaster. The politicians, however, have been doing their best to hide their displeasure. 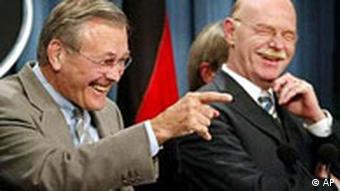 German Defense Minister Peter Struck said in a statement that he regretted the withdrawal, but Washington had no choice. "That's a big loss to a lot of regions," he said. "But the decision of the US president is without alternative."

Karsten Voigt, Berlin's coordinator for German-American relations, said Germany would remain the largest base for US troops in Europe and security in Europe was not at risk.

"But, nevertheless, the withdrawal of troops is a loss, of course. We regret it; the American soldiers were welcome here. But it is a sign of success at the same time -- the success of having overcome the Cold War and European division," Voigt told reporters.

The US plans to move about half of its foreign-based troops, with many heading back to the States and others from European bases penciled in for deployment in the former Soviet Baltic republics. This news has raised concerns in Russia, which has called for a detailed explanation of the military re-organization.

Russia suspicious of US intentions 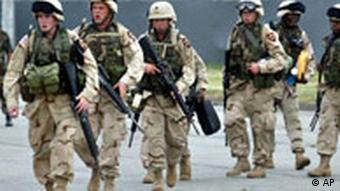 U.S. forces could be on Russia's doorstep.

Moscow is concerned that as the NATO alliance expands, the United States will station troops along its borders. Further, it continues to worry about the future presence of Western troops in energy-rich Centra Asian, which Russia once dominated.

The Russian foreign ministry said in a statement that, “our view of these plans will depend on the spelled-out details, and whether they pose a danger to Russia’s national interests.”

Moscow’s statement stressed that it expected Washington to adhere to previous agreements that, in Moscow’s view, ban the United States from stationing its troops in the Baltics or the Caucasus.

But while the Germans were putting on a brave face and the Russians remained edgy, opposition to the withdrawal in the United States was more vociferous. Unsurprisingly, the majority of criticism came from supporters of Democratic presidential candidate John Kerry. 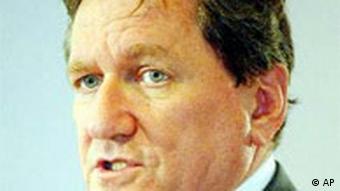 "This is another example of the (Bush) administration's unilateralism. It's going to weaken our national security," said Richard Holbrooke, a Kerry foreign policy adviser and former ambassador to the UN and Germany under former President Clinton, in a widely reported statement. "It is not going to save us money. It will cost billions of dollars to bring these troops home."

Holbrooke also focused on the economic demands which the troop redeployment would shift from the host countries back to the United States. "Germany, South Korea and Japan, which will see the biggest cuts, all spend billions of dollars to support the troops. And I am very concerned about this."

Holbrooke also rejected President George W. Bush's assertion that bringing the troops home would make it easier to rapidly deploy them to global trouble spots. He called bases in Germany, South Korea and Okinawa "essential" along with other forward deployments.

"Even in the modern world, airplanes take time to get places," Holbrooke said. "This is a weakening of our traditional ties to our closest allies just when we need them most."

Another Kerry-supporter, retired army General Wesley Clark, warned of a military mistake in the making. "As we face a global war on terror with al Qaeda active in more than 60 countries, now is not the time to pull back our forces."

Clark, who commanded NATO and US forces in Europe from 1997 to 2000, added in his statement: "This ill-conceived move and its timing seem politically motivated rather than designed to strengthen our national security." 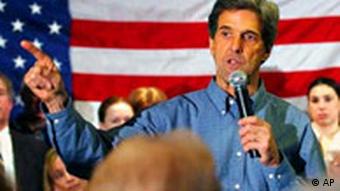 Democratic presidential hopeful John Kerry is expected to criticize the US troop plans.

Kerry himself is expected to voice his own opposition to the Bush administration's plans when he gives a speech to the Veterans of Foreign Wars in Cincinnati on Wednesday.

It will be a chance for the presidential candidate make clear one of the distinct strategic differences between himself and George W. Bush. Kerry is preparing to argue that the withdrawal of troops from Europe and Asia threatens to undercut alliances and weakens America's ability to project its power overseas, according to Michael Meehan, a senior adviser in the Democratic Party, quoted in the Financial Times.

Meehan told the FT that Kerry will make a "sweeping critique" of the realignment at the convention in Cincinnati, the same venue where the president this week announced the planned withdrawal of a third of US forces from their foreign bases.

The impact of US plans to pull some 70,000 troops out of Europe and Asia is likely to be felt most acutely in Germany -- especially in smaller towns whose economies depend on the US presence. (August 17, 2004)

Bush: "Our Posture Must Change"

US President George W. Bush has announced plans to shift up to 70,000 US troops stationed in western Europe and Asia. Some of them are expected to be moved to posts in eastern Europe while others will return home. (August 17, 2004)