US to respond to NSA spying allegations

The United States has said it will respond to demands for answers over a report claiming the National Security Agency bugged EU institutions. US officials say they will discuss the matter directly with EU leaders. 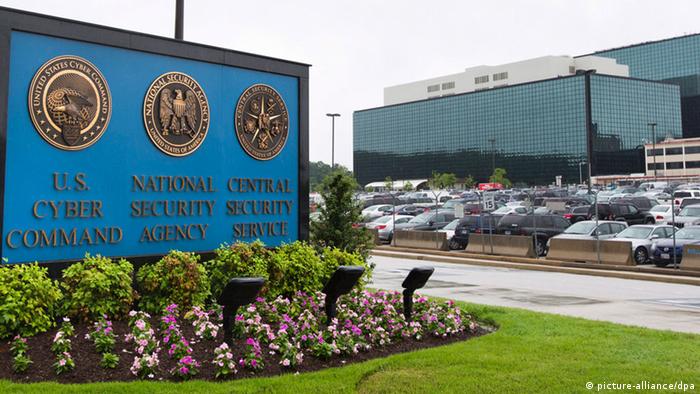 European leaders have demanded answers following a report by German news magazine Der Spiegel which alleged that the National Security Agency (NSA) had bugged EU offices in the US and Europe.

EU High Representative Catherine Ashton said on Sunday that American authorities had been contacted about the report. US intelligence officials responded in kind, saying they would respond through diplomatic channels.

"We will also discuss these issues bilaterally with EU member states," a spokesperson for the Director of National Intelligence said on Sunday.

"While we are not going to comment publicly on specific alleged intelligence activities, as a matter of policy we have made clear that the United States gathers foreign intelligence of the type gathered by all nations."

'Not acceptable among allies'

The magazine report on Saturday said the NSA planted bugs in the EU's diplomatic offices in Washington and took similar measures at the EU's mission to the United Nations in New York. It said the spying also extended to the EU's Brussels headquarters.

Der Spiegel followed up with the report on Sunday, adding that the NSA taps half a billion phone calls, emails and text messages in Germany on average each month.

It was reportedly citing classified documents taken by NSA leaker and former contractor Edward Snowden. Snowden is currently holed up in a Moscow airport and is seeking asylum in Ecuador. He faces espionage charges back in the United States.

European leaders responded to the reports on Sunday, demanding answers and threatening that the revelations could affect negotiations on a trans-Atlantic trade treaty.

Officials from Germany, Italy, France, Luxembourg and the EU government called the negotiations into question in the wake of the reports.

"Partners do not spy on each other," said EU Justice Commissioner Viviane Reding. "We cannot negotiate over a big trans-Atlantic market if there is the slightest doubt that our partners are carrying out spying activities on the offices of our negotiators. The American authorities should eliminate any such doubt swiftly."

Germany's federal prosecutor's office said it was looking into the allegations as a source for possible investigation.

"It's beyond our imagination that our friends in the US consider the Europeans as enemies," she said.

"If the media reports are accurate, it is reminiscent of actions among enemies during the Cold War," she added.