US state of Arkansas declares emergency over flooding

The governor of Arkansas proclaimed a state of emergency and ordered the National Guard to deploy rescue teams as the US state braces for record-breaking floods. Several people have lost their lives as storms continue. 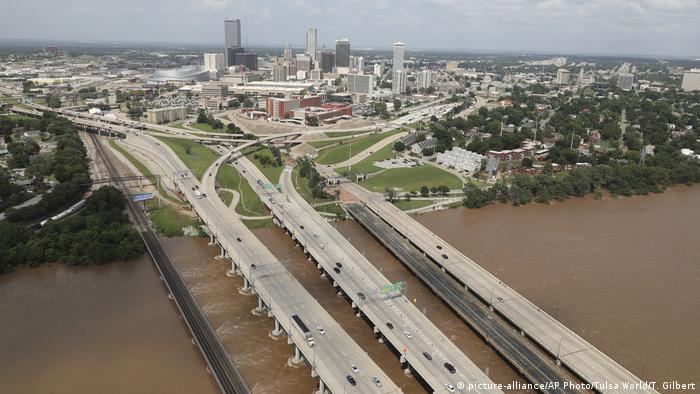 At least seven people have died in the storms that continue to pound the central US, with Arkansas Governor Asa Hutchinson declaring a state of emergency on Friday "in anticipation of severe flooding."

"I have ordered 2 [National Guard] high-water teams to western Arkansas tomorrow as the Arkansas River is likely to crest at record levels," he wrote on Twitter. "I will deploy more soldiers as needed."

The US Army Corps of Engineers warned the population to keep away from the river during the Memorial Day weekend, which many Americans spend at barbecues, or camping outdoors.

The Corps of Engineers also increased the flow of water from the Keystone Dam near Tulsa, which is located on the Arkansas River in the state of Oklahoma. The water levels in Tulsa measured 22 feet (6.71 meters) Friday, putting it four feet (1.22 meters) above flood stage. Residents living near the river were urged to leave their homes. 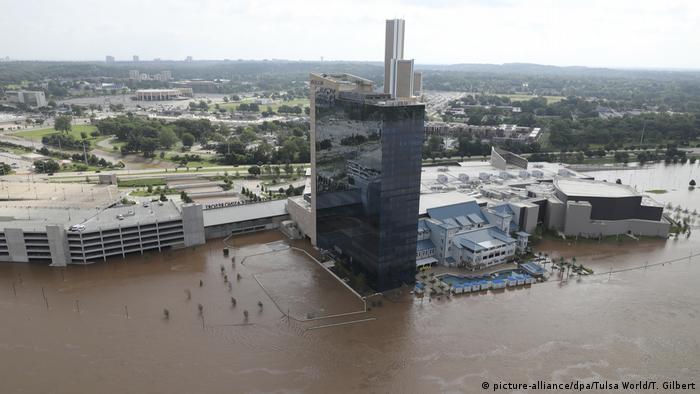 "The most disturbing thing that I've heard in the last 24 hours from our first responders are reports of parents letting their kids play in the river," said Tulsa Mayor G.T. Bynum. "If you're a parent that's letting your kid play in this river right now, you ought to be ashamed of yourself."

The water levels are expected to reach 41 feet (12.5 meters) by Sunday near Fort Smith, Arkansas, downstream from Tulsa. This would put the river nearly 20 feet (6 meters) above the flood line and 3 feet (0.9 meters) above the current record from 1945.

The US National Weather Service warned that more "flash flooding" was expected in the coming days in the central US.