The Pentagon has said it plans to send a missile defense system to Guam in order to shield the island from a North Korean attack. Meanwhile, the US defense secretary called the danger posed by Pyongyang "real and clear." 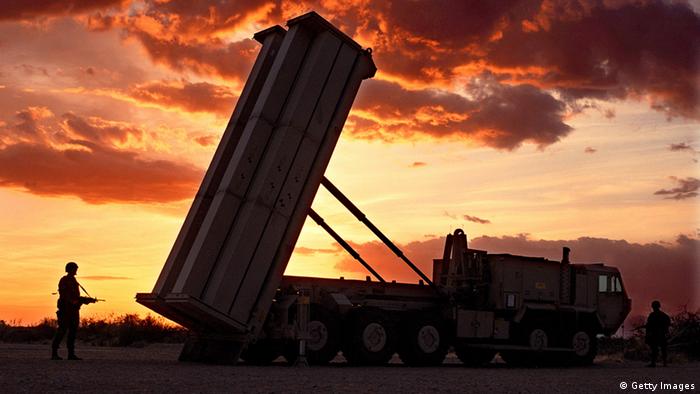 The US military is to deploy a Terminal High Altitude Area Defense system (THAAD) to the country's Pacific island territory, Guam, according to a Pentagon statement released on Wednesday. The decision followed strong rhetoric from North Korean leader Kim Jong Un, who has threatened to strike South Korea and the US.

"The United States remains vigilant in the face of North Korean provocations and stands ready to defend U.S. territory, our allies, and our national interests," the Pentagon statement read.

THAAD - which has a truck-mounted launcher and can intercept missiles - "will strengthen defense capabilities for American citizens in the US territory of Guam and US forces stationed there."

The US military has been deploying aerial defense to the region in recent days amid provocations from Kim Jong Un, beginning with two US B-2 stealth bombers sent to a joint military exercise in South Korea. The move prompted threats of missile and nuclear strikes from Kim Jong Un against the US mainland, Guam and Hawaii.

Speaking before an audience at the National Defense University in Washington, D.C., Secretary of Defense Chuck Hagel said the US was working to avoid an armed conflict with North Korea.

North Korea steps up its saber-rattling

For decades, North Korea has been using its nuclear program to threaten and blackmail the world. Now it has announced plans to restart a nuclear reactor. The UN has warned the crisis could spiral out of control. (02.04.2013)

"They have nuclear capacity now, they have missile delivery capacity now," said Hagel, adding that Washington had been trying to work with Asian countries to defuse the conflict.

"There is a pathway that is responsible, for the North to get on the path to peace, working with their neighbors... but they've got to be a responsible member of the world community."

Hagel's comments followed a new problem in tensions on the Korean peninsula. North Korea banned access for South Koreans to a cooperative factory complex, which employs workers from both sides of the border. The Kaesong industrial zone lies 10 kilometers (six miles) within the North's territory and is a crucial source of hard currency for the isolated country.