US president admits to use of drones in Pakistan, Iraq | World | Breaking news and perspectives from around the globe | DW | 31.01.2012

US president admits to use of drones in Pakistan, Iraq

The US has used drones in Iraq and in tribal areas in Pakistan, US President Barack Obama said in an online question-and-answer session on Monday. But he insisted that drones were only used sparingly. 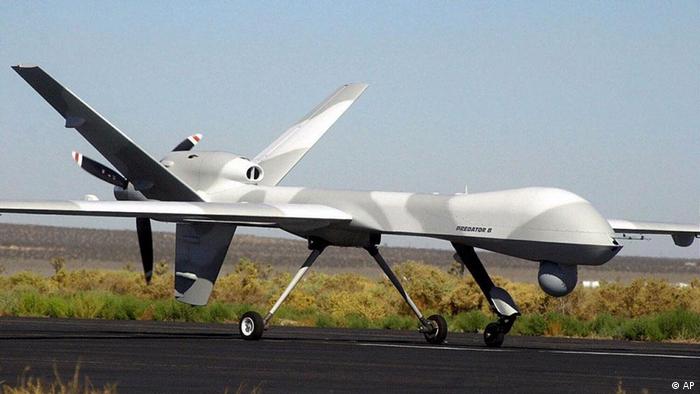 The US uses drones to fight Taliban militants

"A lot of these strikes have been in the FATA [Pakistan's Federally Administered Tribal Areas]," he said.

"This is a targeted focused effort at people who are on a list of active terrorists, who are trying to go in and harm Americans, hit American facilities, American bases, and so on."

He explained that many strikes were carried out "on al Qaeda operatives in places where the capacities of that military in that country may not be able to get them," alluding to Pakistan's lawless tribal zone.

Relations between the US and Pakistan have been strained since a US-led NATO airstrike at the Afghan-Pakistani border killed 24 people last November. 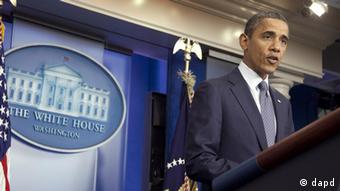 The US officially ended the war in Iraq last October

The incident triggered a diplomatic spat between the US and Pakistan as well as anti-US demonstrations across Pakistan. Anti-US sentiment is running high, not least because of the use of drones.

"Drones are counter-productive. We have very ably isolated militants from the local tribes. When there are drone attacks that creates sympathy for them again," Pakistani Prime Minister Yousuf Raza Gilani told reporters at a World Economic Forum discussion.

The US is also using drones in Iraq, although Obama stressed that their use there was very limited.

"The truth is we're not engaging in a bunch of drone attacks inside Iraq. There's some surveillance to make sure that our embassy compound is protected," Obama said during the question-and-answer session.

"I think that there's this perception that we're just sending in a whole bunch of strikes willy nilly," Obama added. "It is important for everybody to understand that this is kept on a very tight leash."

His comments came after a New York Times article revealed that the US military had been using drones in Iraq since last year. The paper also said that Iraq was outraged at the use of drones in the country.

After boycotting the International Conference on Afghanistan, which was held in Bonn, Germany, on December 5, Pakistani experts say it is now time to resume ties. (06.12.2011)

US plans to improve drone attacks with the new 'kamikaze'

US Army officials are planning to deploy 'kamikaze' drones in Pakistan and Afghanistan as Islamabad comes increasingly under pressure to track down militants. (18.10.2011)

Drone usage on the rise in conflicts worldwide

Drones are becoming more widespread throughout the world - be it in Pakistan, Iraq, in Yemen or Somalia. These unmanned planes, currently mainly piloted remotely, may eventually engage each other on their own. (21.07.2011)