Police in the US city of Cleveland, Ohio, have shot dead a 12-year-old African American boy who was waving a replica gun. The case seems likely to further fuel a nationwide debate on racial discrimination by police. 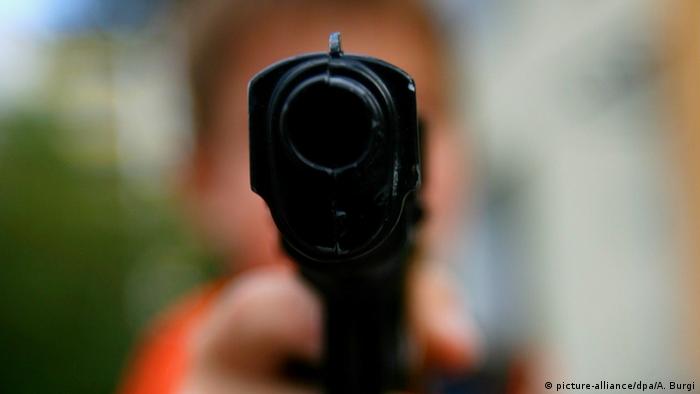 A 12-year-old African American boy died from his wounds on Sunday after being shot a day earlier by police who apparently mistook the replica gun he was holding for a live weapon.

The police officers shot the boy, identified by authorities as Tamir Rice, after receiving a phone call saying someone was waving around a gun at a playground outside a city recreation center in Cleveland.

Audio released of the emergency call records the caller as saying the gun was "probably fake," but a police representative said the officers had not been informed of the caller's reservations.

In a statement, Cleveland police said the shooting occurred after the boy failed to comply with the officers' orders to raise his hands, instead reaching to his waistband for the gun.

"Shots were fired and the suspect was struck in the torso," the statement said, adding that "the weapon which the 12-year-old suspect was in possession of is an 'airsoft' type replica gun resembling a semi-automatic pistol, with the orange safety indicator removed."

Racial tensions on the boil

Ohio was the scene of another similar fatal shooting in August when police shot dead an African American man, John Crawford, who was in a supermarket carrying a toy gun sold there.

In response to the two shootings, state lawmaker Alicia Reese announced on Sunday that she would introduce a bill requiring all toy guns to be identified as such by being brightly colored or decorated with fluorescent stripes.

Racial tensions in the United States have already been stoked by another fatal police shooting in August of an unarmed black teenager in the St Louis suburb of Ferguson in Missouri.

The incident led to weeks of violence in the suburb and prompted a nationwide discussion about police treatment of non-white Americans.

Authorities fear a resurgence of unrest after a grand jury announces its imminent decision on whether to indict the white policeman responsible for the Ferguson shooting.