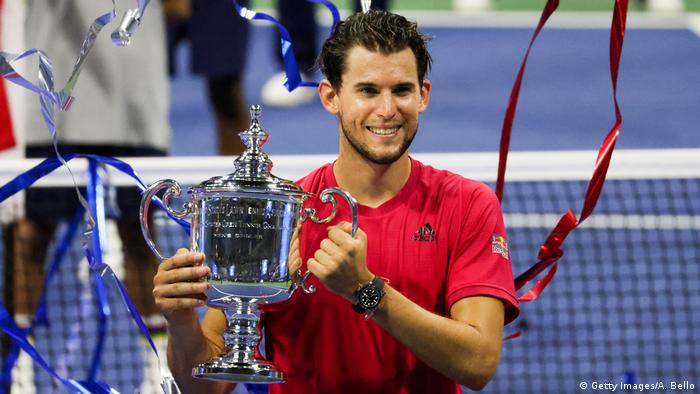 He is the first Austrian to be crowned singles champion at the US open and the first since Pancho Gonzales in 1949 to fight back from a two-sets-to-love deficit in a final in New York.

The 27-year-old world number three, who trailed 2-6, 1-5 to Germany's Zverev and was down a break early in the third set, limped his way back from 3-5 down in the deciding set on the way to a four-hour comeback to end a three-match losing streak in grand slam finals.

The climax, which ended in a tie-breaker, saw Thiem squander two match points from 6-4 but Zverev fired his shot wide at the third opportunity.

"Obviously, I want to congratulate Dominic on the first of many Grand Slam titles," said Zverev, who burst into tears during his runner-up speech.

"It was a tough battle. I wish you would have missed a little bit more so I could have held that trophy up," he added.

"I wish we could have two winners today. I think we both deserved it," said Thiem after winning the match.

The match was watched by just a few dozen people, mostly officials, journalists and event staff, due to the coronavirus restrictions.