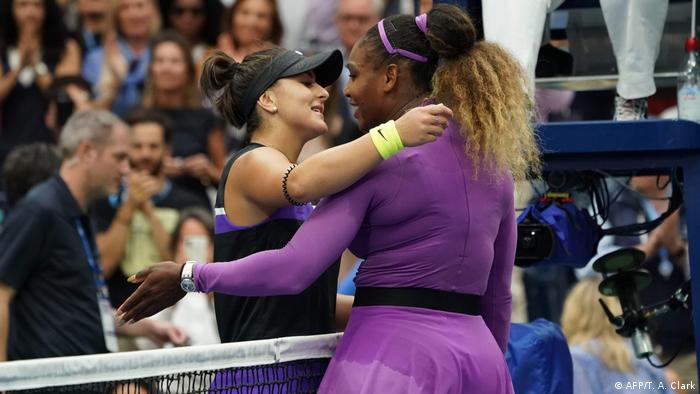 Bianca Andreescu started out with a strong lead over Serena Williams and held off a late rally from the American in Saturday's US Open final to win her first Grand Slam title 6-3, 7-5.

Andreescu's victory kept Williams from claiming what would have been her record-tying 24th major singles championship. It's the second year in a row that Williams, 37, lost the US Open final.

The win makes 19-year-old Andreescu the youngest Grand Slam winner since Maria Sharapova at the 2006 US Open and the first woman to win the tournament in her debut at Arthur Ashe Stadium.

US Open: German tennis star Kerber crashes out in round 1

The 31-year-old's miserable grand slam year was completed with a defeat to Kristina Mladenovic. Kerber won at Flushing Meadows in 2016 but looked a long way short of that form as she lost in three sets. (26.08.2019)