Investigators are still trying to determine the motives of the shooter. Four people died and seven others were injured in the Oxford High School attack. 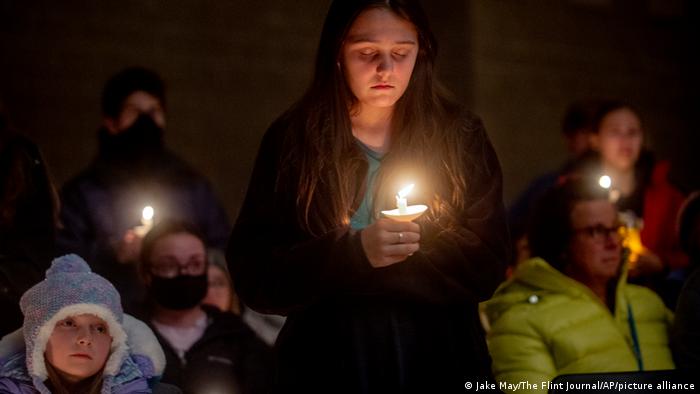 Michigan prosecutors on Wednesday charged 15-year-old Ethan Crumbley with murder and other charges related to a high school shooting on Tuesday.

The shooting occurred in the town of Oxford, Michigan, around 65 kilometers (40 miles) north of Detroit.

Three victims of the shooting died on Tuesday. On Wednesday, police announced that a 17-year-old had died from his wounds, bringing the death toll to four. A teacher and six other students were wounded in the attack.

Three students remain in hospital, including a 17-year-old girl in critical condition with a gunshot wound to the chest, the Sheriff's Office said. The four other wounded have been discharged.

Crumbley is being charged as an adult, facing one count of terrorism causing death, four counts of first-degree murder, seven counts of assault with intent to murder, and 12 counts of possession of a firearm in the commission of a felony, said Oakland County prosecutor Karen McDonald.

McDonald said charges were also being considered against the parents. "Owning a gun means securing it properly and locking it and keeping the ammunition separate," she said.

On Wednesday, a judge ordered the suspect to be transferred from a juvenile facility to county jail. 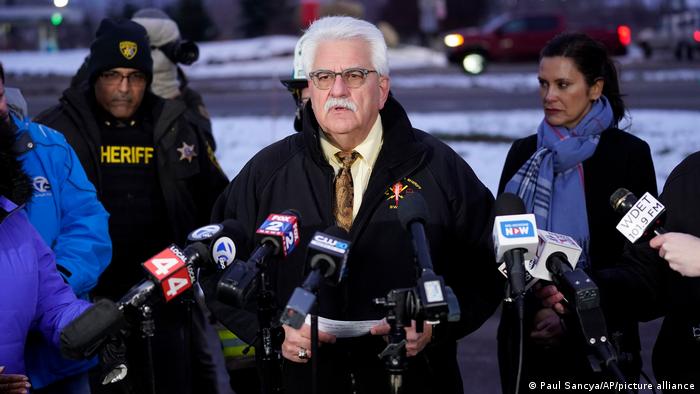 No motive was offered by county authorities on Wednesday

No motive was offered by Oakland County authorities on Wednesday, but McDonald said the shooting was premeditated. This was partially based on a "mountain of digital evidence" collected by police, she said.

The suspect used a 9 mm Sig Sauer pistol that his father had bought for him on November 26, police said.

Officers confronted the shooter as he advanced down a hallway toward them with a loaded weapon, after which he put his hands over his head and surrendered, according to Oakland County Sheriff Michael Bouchard. 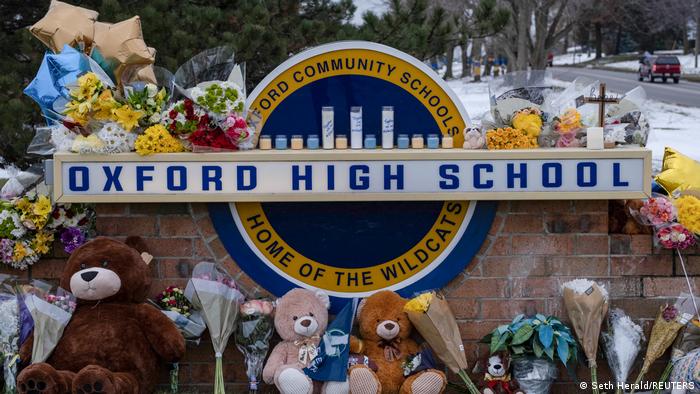 Bouchard said it was clear the shooter intended to kill people.

Bouchard said in an interview on broadcaster CNN that it was clear the shooter intended to kill people. "He was shooting people at close range, oftentimes towards the head and chest," said Bouchard.

He added that investigators were poring over some of the shooter's writings that contain "some of his thoughts."

The shooting was the deadliest in US schools this year, according to news organization Education Week.