US lawmakers fight over NSA mass surveillance authority | World | Breaking news and perspectives from around the globe | DW | 20.05.2015

Unless Congress comes to the rescue quickly, key parts of the NSA’s surveillance powers granted by the Patriot Act will expire. Lawmakers are at loggerheads, but their most likely option serves as a reminder for Germany. 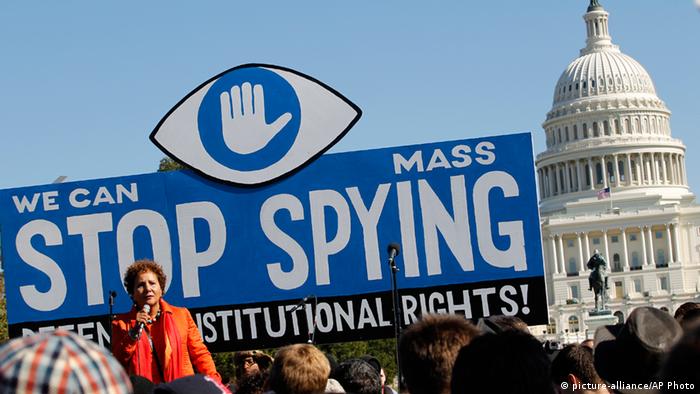 Mitch McConnell is digging in his heels. The Senate's majority leader wants to keep the controversial Patriot Act, which authorizes the NSA's domestic mass phone data collection program, exactly the way it is. The Republican leader recently defended the measure as "an important tool to prevent the next terrorist attack," and vowed to do everything to keep it in place.

But McConnell has a problem. His steadfast push for simply extending the three key provisions of the Patriot Act that will expire June 1 is leaving him increasingly isolated, not just in Congress, but in his own party.

Just last week the Republican controled US House of Representatives overwhelmingly passed a bill that would reauthorize the Patriot Act, but along with other changes strip the NSA of its domestic mass phone records collection authority. The measure, called the USA Freedom Act, is also backed by President Barack Obama.

"I think the House has put a lot of pressure on the Senate and Senate Majority Leader to pass the USA Freedom Act because of such a strong bipartisan vote in favor of that law," Timothy Edgar, the first-ever director of privacy and civil liberties in the National Security Council in the Obama White House, told DW. 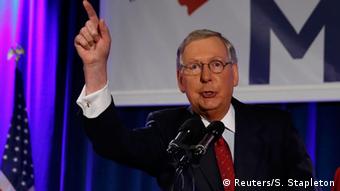 McConnell who has so far balked at throwing his support behind the bill has now at least said he would allow the Senate to vote on the Freedom Act this week. But that does not mean that it will pass.

To the contrary, McConnell hopes it will fail to get the 60 votes needed, so he can advance his own bill which would extend the Patriot Act for two months. McConnell's original bill, introduced last month, would have preserved the unchanged Patriot Act until 2020. Given the strong backlash against key aspects of the law even with his own party, McConnell settled for the two-month extension.

But even a short-term reauthorization of the Patriot Act will not go through Congress, predicted Jens David Ohlin, a law professor at Cornell University. "It will not extend it. That is absolutely certain."

Prominent Senate Republicans like Rand Paul have already made clear they will fight tooth and nail against an extension. "We will do everything possible - including filibustering the Patriot Act to stop them," Paul, a presidential candidate, promised on Monday. 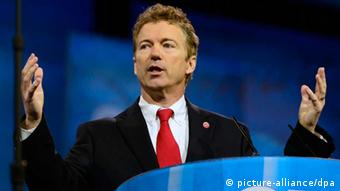 McConnell's move is certainly risky. Should the Senate fail to pass the Freedom Act sent to it by the House and instead pass McConnell's extension bill, the ball would be back in the House's court again.

But given the broad support for stripping the NSA of its mass phone data collection power shown by the lower chamber just last week it would be a stunning U-turn should the House just days later approve an extension of those mass surveillance measures. Should no bill get enough votes in Congress, key provisions of the Patriot Act would simply die by June 1.

That is a result no lawmaker can want because it carries high political costs, said Ohlin. "If there is a terrorist attack in the future you risk being accused of not being sufficiently concerned about the security interests of the state."

While neither side seems ready to budge just yet, "Congress also has an uncanny ability to find consensus at the 11th hour and might do so here," said Jennifer Daskal, a National Security law scholar at American University.

When push comes to shove, "I think there is a pretty good chance that the Freedom Act will pass, that the Senate will just yield to that pressure," predicted Edgar who favors its passage as a first measure to limit governmental surveillance.

"The USA Freedom Act is a step in the right direction," concurred Daskal, "but it is just a start." 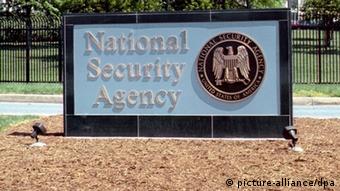 Lawmakers must decide over the NSA's powers

Its passage would have two major consequences:

One, the NSA's mass collection of domestic phone records would be history. Instead the telecommunication companies would store the information for a certain amount of time. The NSA could still have access to specified data after producing a warrant. "To me that seems like the smartest way to do it," said Ohlin. "I would say get the government out of the business of maintaining a huge database and collecting this information."

And two, the Freedom Act would increase the transparency and fairness of the controversial, secret FISA court, charged with legal oversight over intelligence matters. It would force the court to publish key opinions and would allow it to hear lawyers outside the government arguing on behalf of civil liberties. It would also have implications for people outside the US, "because the FISA court approves some kinds of surveillance that affect people overseas," said Edgar.

The most important message the passage of the Freedom Act would send to Germany and other European countries however is this, noted Edgar:

Thomas Drake: We're all foreigners now when it comes to surveillance

Thomas Drake, one of the first people to blow the whistle on excesses at the NSA, tells DW what spies can get away with trumps laws when it comes to foreign intelligence. He says overreach shouldn't surprise anyone. (16.05.2015)

The lower house of the US Congress has approved a measure to end the bulk collection of Americans' phone data. The program was first revealed by former NSA contractor Edward Snowden. (14.05.2015)

A US court has ruled that the NSA has exceeded the scope of its mandate by collecting data from millions of Americans' phone calls. The practice was brought to light by exiled whistleblower Edward Snowden. (07.05.2015)