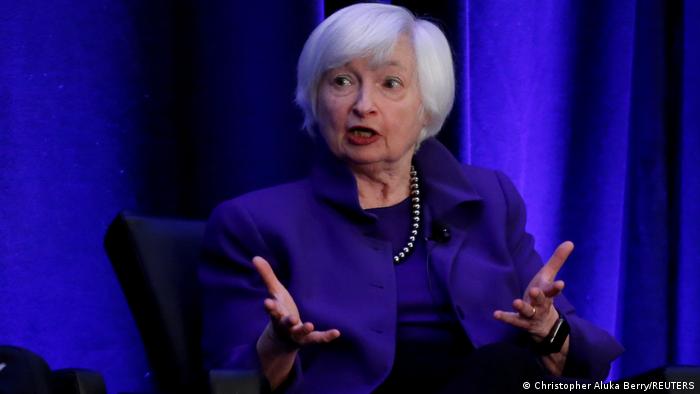 US President-elect Joe Biden has tapped Janet Yellen, the former chair of the Federal Reserve, to be head of the Treasury Department in his administration, he confirmed in a statement on Monday.

If she is confirmed by the Senate, she would be the first female chief in the 232 years of the department's history.

Yellen, 74, will take over the post at a time when the US economy continues to be rocked by the coronavirus pandemic.

But she is a seasoned hand at dealing with crises while holding top economic policy jobs. She served the Federal Reserve’s policymaking committee during the 2008-2009 financial crisis, having already been President Bill Clinton's top economic adviser when Asia was struggling with its great economic problems in the late 1990s.

She also became chair of the Federal Reserve in 2014 — again as the first woman to hold the post.

Yellen, a Democrat, was replaced in that position after just one four-year term by Jerome Powell, a Republican, at the behest of President Donald Trump. The move broke a 40-year tradition of presidents letting Fed chairs stay on for at least two terms even if they had been nominated by a president from the opposing party.

The rest of the economic team selected by Biden also reflects the president-elect's drive for diversity.

As deputy treasury secretary, he has nominated Wally Adeyemo, an official in the administration of the last Democratic president, Barack Obama. If confirmed, Adeyemo would be the first Black person to hold the post.