Consumer price inflation in the US dropped sharply last month, the Labor Department has reported. Inflation levels moved further away from the Federal Reserve's target of 2 percent as crude oil prices tumbled. 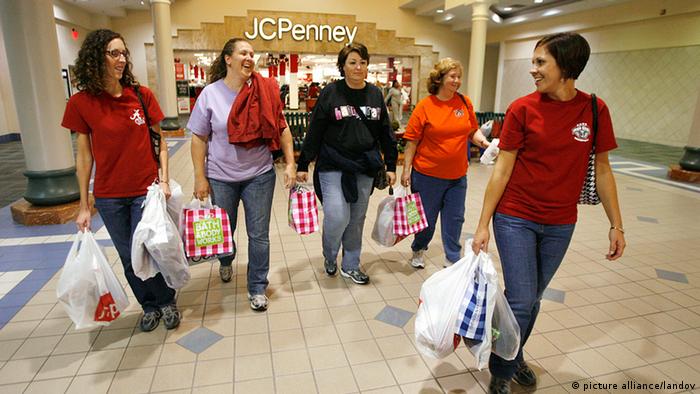 The Labor Department announced Friday its Consumer Price Index (CPI) fell by 0.4 percent in December, marking the largest month-to-month drop in the average price of a basket of consumer goods and services since late 2008, shortly after the global financial crisis broke out.

Calculated over the 12 months through December 2014, prices increased by 0.8 percent. That's well below the Federal Reserve's target of 2 percent.

Slower global demand and increased shale oil production in the US caused an oil glut, sending crude prices tumbling. But declines in prices were also recorded for apparel, transportation and used cars.

What does the Fed make of it?

While Fed officials have viewed the anti-inflationary impact of low oil prices as transitory, an additional factor is in play: a strong greenback is making imports cheaper, taming price pressures.

Deflation - when everything becomes cheaper

Darkening prospects for the global economy could also complicate matters for the US central bank.

Analysts expect the Federal Reserve will raise interest rates by June of this year, but the fact that the inflation rate is below target might bolster the case for further delaying any interest rate hike.

US consumer prices rose last year at the highest rate in four decades. With inflation at 7% in 2021, US consumers have not seen prices soar so much since the early 1980s.