The United States has indicted Wegelin, Switzerland's oldest private bank, for allegedly helping wealthy Americans to evade taxes. Funds were seized from a partner bank, with charges of fraud and conspiracy. 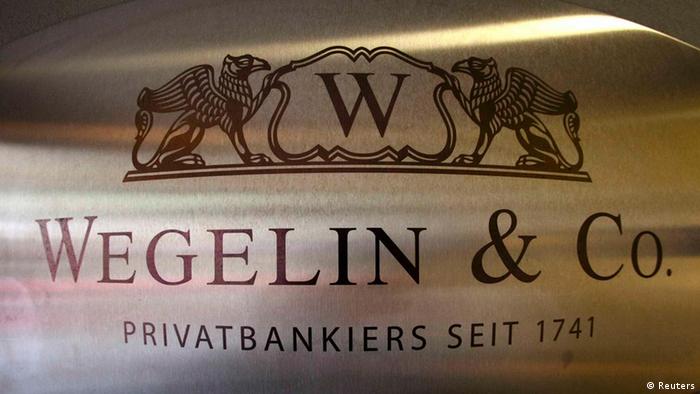 The bank allegedly hid more than $1.2 billion in assets

The US Justice Department on Thursday said it had indicted Switzerland's oldest private bank for conspiracy and fraud.

Authorities said the bank had worked with wealthy American clients, helping them to hide more than $1.2 billion (914 billion euros) in assets.

The indictment said Wegelin had tried to pick up clients by offering confidential services to customers in the light of an investigation into Swiss banking giant UBS.

Bank employees had "affirmatively decided to capture for Wegelin the illegal US cross-border banking business lost by UBS and deliberately set out to open new undeclared accounts for US taxpayer-clients leaving UBS."

Clients were told that Wegelin was a safer bet as the authorities cracked down, having no branches outside Switzerland that could compromise its confidentiality. They also reassured customers that the bank "had a long tradition of bank secrecy."

As a result of the investigation, Wegelin has effectively broken itself up by selling off the non-US based part of its business. In addition, more than $16 million were seized from UBS - Wegelin's correspondent bank in the US - which handled the money for Wegelin clients.

The indictment is part of a US crackdown, with 10 other Swiss banks - including Credit Suisse, Julius Baer and Basler Kantonalbank - under investigation by authorities.

The extensive US probe comes after a successful US operation against UBS, Switzerland's biggest bank. The bank was forced to pay $780 million in fines and to hand over details of 4,000 clients to US tax authorities.