The Colonial Pipeline has started to deliver fuel across the Eastern Seaboard once again as gas stations begin to run dry. Pipeline operators warn it may take days for operations to resume at full capacity. 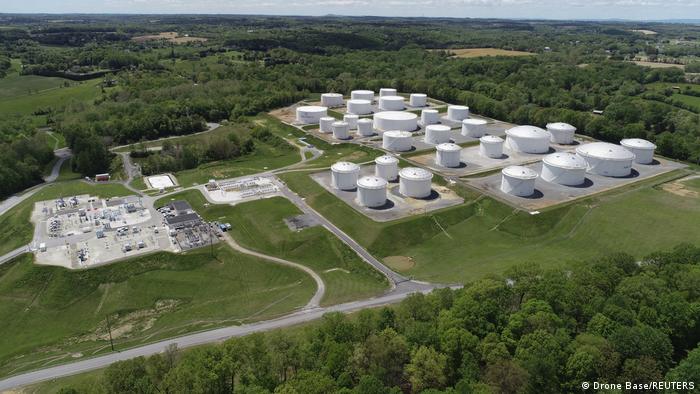 The largest gas pipeline in the US restarted its operations on Wednesday after being knocked out for six days by a cyberattack.

Fuel supply has come under strain in several states on the east coast after motorists began panic buying gas despite pleas from US authorities. The supply "crunch" led Florida and several other states to declare a state of emergency.

"Following this restart, it will take several days for the product delivery supply chain to return to normal," the Colonial company said in a statement.

Some markets served by Colonial Pipeline may experience, or continue to experience, intermittent service interruptions during the start-up period," the statement added.

US Secretary of Energy Jennifer Granholm welcomed the news on Twitter. "We just got off the phone with Colonial Pipeline CEO. They are restarting pipeline operations today at around 5 p.m. (21:00 UTC)," she wrote.

The order sets out a series of initiatives that will help federal agencies with better cybersecurity tools.

Following the major cyber attack on the Colonial Pipeline, a senior administration official told Reuters news agency that the executive order would have a "very significant" impact on how the government detects and responds to threats.

"It reflects a fundamental shift in our mindset from incident response to prevention, from talking about security to doing security, setting aggressive but achievable goals," the official said.

The pipeline, which provides around 45% of the gas supply to the east coast, was hit by a cyberattack on Friday that locked company computers, demanding a ransom to release them.

The company refused to pay the hackers, suspected by the FBI to be a group of professional cyber criminals known as DarkSide.

The loss of supply from the Colonial pipeline left authorities scrambling to fill the gap with gas from the Gulf Coast.

Officials tired to assure people that the pipeline shutdown had not affected supply, but concern among motorists led to panic buying which emptied out thousands of gas stations across several states.

The success of the cyberattack in halting the vital pipeline's operations for almost a week has raised concerns about the vulnerability of critical US infrastructure.