US government shutdown looms | World | Breaking news and perspectives from around the globe | DW | 30.09.2013

With stock markets around the world getting the jitters, the US Congress row over President Barack Obama's signature health care law - "Obamacare" - is threatening the first government shutdown since 1995. 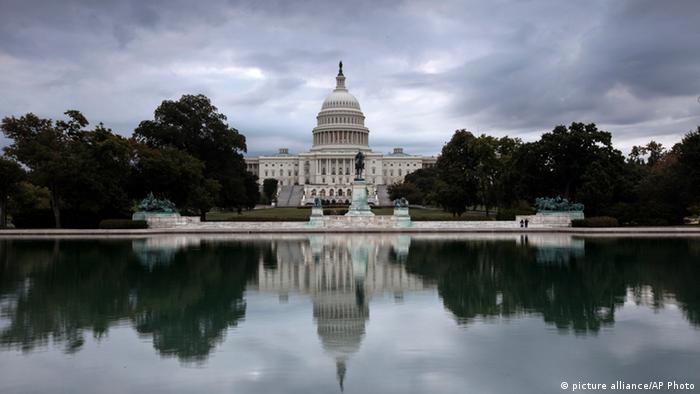 The fractured US legislature is struggling to approve a stopgap spending bill to keep government doors open after the current fiscal year ends Monday (30.09.2013).

The present row was sparked by the Republican-led House of Representatives, which last week passed a controversial measure to fund government operations at current levels through December 15, but which also strips the three-year-old health care law, known as "Obamacare," of all its funding. 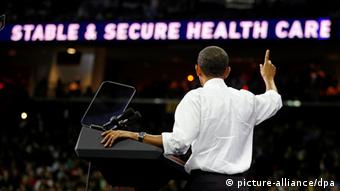 The row over health care is stalling the budget debate

In response, Senator Harry Reid, the Democratic majority leader, vowed to thwart ongoing Republican efforts to do the same in the Senate, telling reporters on Tuesday (24.09.2013) that "the Senate will not pass any bill that defunds or delays Obamacare."

On Wednesday, the Senate unanimously voted for an initial spending plan that would avoid the looming government shutdown next week. Reid's plan is for the Senate to vote on a final spending plan so late that conservative Republicans in the House of Representatives would have little time to change the plan before the deadline.

"Lawmakers tend to do the absolute minimum at the last minute to get things done," said Loren Adler, research director at the Committee for a Responsible Federal Budget, a non-profit fiscal policy institution. "We're most likely to see Congress pass a very short-term fix, probably on Sepember 30, and they're probably only going to do something to buy us six weeks or maybe even shorter than that."

On Tuesday Republican Senator - and Tea Party hero - Ted Cruz tried to thwart Reid's plan by embarking on a speaking marathon. The Texas senator vowed to speak until he was "no longer able to stand," and spoke through the night, using the time to criticize the law, compare his fight to the battle against the Nazis, and reading from the Dr. Seuss story "Green Eggs and Ham."

But Cruz's stand was doomed as Reid insisted procedures were in place that would require Cruz to stop his speech by mid-day Wednesday, when he had called a procedural vote. "There's no filibuster going on now," Reid said. "People can come and talk. But they can't do anything to change when we vote." The Texas senator shot back that Reid was using "brute political force" to ram through his procedures. 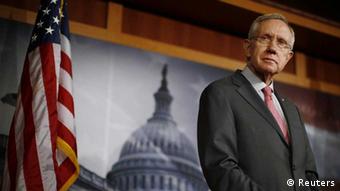 Reid vowed that Obamacare would not be defunded

"[The budget] is often a difficult thing to debate, but there seems to be more conflict and drama than we've had in quite a long time," said Paul Van de Water, senior fellow at the Center on Budget and Policy Priorities. "Some of it seems to be attributable to this so-called 'Tea Party' movement, which is less willing to compromise."

But Cruz was also criticized by his Republican Party colleagues, including Minority Leader Mitch McConnell, who feared that the party would be blamed if the tactic resulted in a government shutdown.

"Defunding Obamacare is a goal all Republicans share, but the tactics we employ in achieving that goal can have a backlash," Senator Lindsey Graham said. Many Republicans fear a repeat of 1995, when a government shutdown caused by similar tactics is thought to have cost the party in the following year's mid-term elections.

"Among Republican leaders there is certainly that fear," said Adler. "The people who have worked in Congress long enough tend to remember Newt Gingrich and Republicans getting the blame. That doesn't necessarily mean all their members feel the same way, which is probably why we're having such tough negotiations."

Obamacare is just one problem

Though Obamacare has proved so contentious in recent weeks, it is of course not the only fiscal issue being argued over - in fact, others might prove even more divisive. "There's a $90 billion (67billion euro) divide between the two parties on how much we should be funding all of our annual programs," said Adler. "Basically all of our defense funding, and most of our non-entitlement domestic spending - education funding, transportation funding, FBI, justice department, jails - there's a very big divide and it's highly unclear what will happen there. There's going to be a fairly big fight."

"The federal budget deficit is going down this year and is going to continue to go down for a few more years," said Van de Water. "But we're still facing longer run problems in the 2020s and 2030s, and the Republicans and the Tea Party faction in particular want to solve that long-running problem through spending cuts and are unwilling to consider increases in taxes."

The brinkmanship of conservative Republicans like Cruz is threatening to undermine the principle of compromise. "Now you have a group of people who seem to be willing to talk about actually forcing the government to shut down in order to promote their particular ideas," said Van der Water. 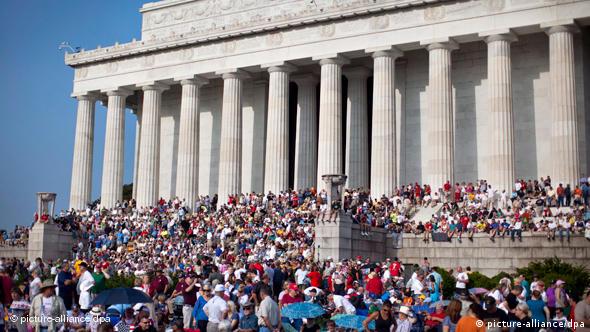 The Tea Party is not willing to accept compromises

Time is running out. On Wednesday morning, Treasury Secretary Jacob Lew said in a letter to Congress that the United States will run out of money to pay its bills "no later than October 17" unless Congress raises the $16.7 trillion debt limit.

The US government spends $60 billion on a typical day, and Lew warned that since May, the Treasury Department had been undertaking what it calls "extraordinary measures" to keep the nation under the debt limit - including delaying pension fund payments.

"If we have insufficient cash on hand, it would be impossible for the United States of America to meet all of its obligations for the first time in our history," Lew said.

Given that time is pressing, how can the myriad funding questions be addressed? "Because we've been having this debate since 2010, there are a lot of ready, on-the-shelf policies that have already been written into legislative language that could just be pulled off the shelf if they could come to an agreement," said Adler.

For Sioux, sequester is just another hardship

The US government has left many Native American tribes in the lurch with the sequestering of federal funds. But they have become used to Washington giving with one hand and taking away with the other. (30.09.2013)

Back to the future in defense spending

Instead of paying for a new, largely untested missile system, Berlin should simply stick with the proven Patriot system, writes John Hulsman. Not only does this make financial sense, it’s the way of the future. (25.09.2013)

Detroit bankruptcy - only in America?

Playing the blame game in Washington