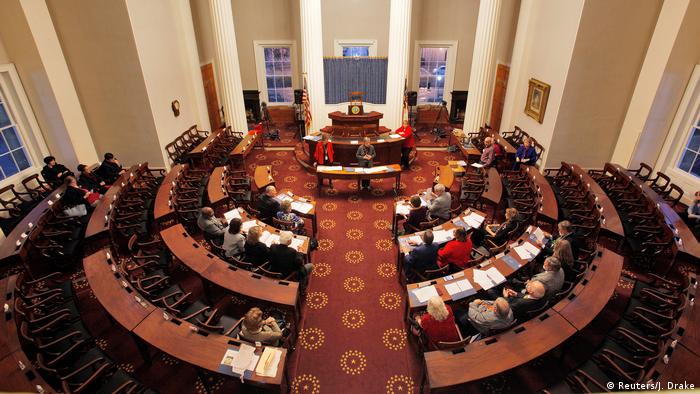 A total of 538 electors in 50 states and the District of Columbia met in Electoral Colleges on Monday to vote on party lines to confirm the election of Donald Trump to the presidency.

Electors cast two votes, one for president and one for vice president. Once ballots are cast, state officials prepare a "certificate of vote" that is sent to Washington for processing by Congress and the National Archives.

Lawmakers will gather on January 6 in the House chamber to hear the results of the states in alphabetical order during a session set to be led by Vice President Biden. It will allow lawmakers to challenge the results or the votes of individual electors.

Vermont's three members of the Electoral College were the first to report their vote for president on Monday, with all three choosing Democrat Hillary Clinton. In the state Clinton got 55.7 percent of the vote in November, while Trump received 29.8 percent. An hour later, Clinton also won New Hampshire's four electoral votes and then Delaware's three votes. The US Electoral College

One elector in Maine said via his Facebook page that he had cast his vote for Senator Bernie Sanders: "I cast my Electoral College vote for Bernie Sanders today to let those new voters who were inspired by him know that some of us did hear them, did listen to them, do respect them and understand their disappointment," David Bright wrote.

The US Constitution says nothing about how electors should vote, but some states bind them to the results of the popular vote and some state parties essentially force electors to take a loyalty pledge in order to serve.

Trump won 306 of the electors in the November 8 poll, with 270 needed for election, despite losing the popular vote to his Democratic rival, Hillary Clinton, by nearly 3 million votes. Some 37 Republican electors would have had to change their vote for Trump to miss out on the presidency.

Because Trump won Pennsylvania's popular vote, under the rules, he was able to chose the people to cast Pennsylvania's 20 electoral votes. Hundreds of demonstrators gathered on the steps of the state Capitol building to persuade them not to vote for Trump.

The final result may not be known on Monday, as states are given several days to report their numbers. The Congress will, in any case, announce the name of the official winner on January 6, two weeks before the next president is to be inaugurated in a ceremony outside the Capitol.

On Monday, electors will convene to officially cast their ballots for the next US president and vice president. Although some hope for a surge of "unfaithful electors," it is expected that Trump will be selected. (18.12.2016)

DW's Jefferson Chase says the Electoral College symbolizes the shortcomings of how the US chooses its president. But the real problem is that the setup does not reflect the wishes of the majority of voters. (18.12.2016)