US-Cuban relations still colored by Bay of Pigs invasion 50 years on | World| Breaking news and perspectives from around the globe | DW | 15.04.2011

Fifty years ago, at around midnight on April 17, 1961, a CIA-trained force of Cuban exiles known as Brigade 2506 invaded southern Cuba in an attempt to overthrow the communist government of Fidel Castro. 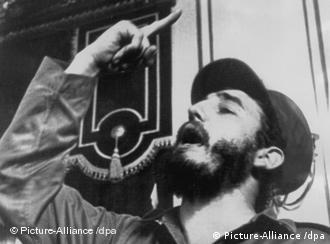 The invasion increased Castro's hero status and grip on power

After a three-day conflict which would become known as the Bay of Pigs invasion, the proxy army of the US was routed by Cuban forces, Castro's leadership and hold over Cuba was strengthened and a lasting enmity between the US and Cuba was assured.

"The failed invasion effectively secured Fidel Castro's rule on the island," Dr. Bert Hoffmann, a Latin America expert at the German Institute for Global and Area Studies (GIGA) in Hamburg, told Deutsche Welle. "Fidel was widely celebrated as the hero who defeated 'US imperialism' and the Bay of Pigs remains a key highlight in the Revolution's heroic 'success story' and legitimizing narrative."

From the US point of view, the Bay of Pigs invasion was a huge embarrassment. Despite the best efforts of President John F. Kennedy and the CIA to avoid any evidence linking the United States to Brigade 2506, no-one - especially Castro - believed that the US was innocent. With hindsight, it became clear that the efforts of the White House to maintain plausible deniability throughout the operation eventually undermined the invasion and led to its failure.

The planning for the removal of Castro and his revolutionary regime in Cuba began a year before Kennedy took office when then President Dwight D. Eisenhower approved a document advocating "the replacement of the Castro regime with one more devoted to the true interests of the Cuban people and more acceptable to the US in such a manner to avoid any appearance of US intervention." 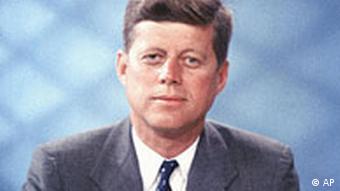 Shortly after Eisenhower signed off on the plan, the CIA began training Cuban exiles in Miami in the summer of 1960. However, despite tight security and secrecy, news of a potential invasion began leaking out of Miami, reaching the ears of the Castro regime. As Brigade 2506 neared operational readiness in the spring of 1961, Soviet spies allegedly informed Castro of the imminent threat.

A Washington Post report in 2000 claimed that the Soviets knew almost to the date when the attack would come, a fact the CIA was aware of but which they kept from Kennedy.

In April 1961, a month after the CIA had helped create the Cuban Revolutionary Council (CRC), the US-backed movement it hoped would replace Castro after the invasion, Kennedy gave Operation Zapata - the official name of the Bay of Pigs plan - the green light.

After two days of air attacks on airfields by disguised B-26 bombers flown by CIA-contracted air crews, and a number of small diversionary attacks along the coast, the main invasion force entered Bahía de Cochinos - the Bay of Pigs - in the early hours of April 17. Around 1,400 Brigade 2506 troops, plus tanks and other armor, began landing at various points along the coast in amphibian vehicles from ships anchored in the bay. 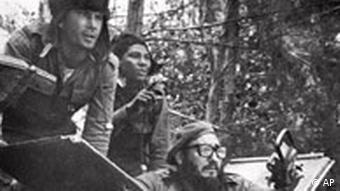 Castro (r.) personally led his forces against the invasion

The catalogue of mistakes and accidents which plagued the invasion began almost immediately as many of the small ships ferrying troops onto Cuba suffered engine failures and some were damaged by unseen coral reefs. The delays in deployment gave local militia time to radio a warning to the Cuban army. Once Castro's forces made it to the battleground area, things went from bad to worse with Brigade supply ships coming under attack, leading to equipment being lost at sea and troops reaching the beach without weapons.

Paratroops landing behind the frontline also suffered from terrible bad luck with their equipment over-shooting the landing site and landing in a swamp.

Over the next three days, with Castro himself leading forces from the front, Cuban soldiers pushed the Brigade troops back to the beaches after they had managed to capture some territory inland. As the situation deteriorated further for the Cuban exiles, unmarked US planes began flying intimidation missions but, given the desire to retain plausible deniability, never engaged in combat.

Without direct US engagement, the Brigade began to run out of supplies and ammunition, and on April 19 an evacuation was ordered. By April 20, the invaders had been repelled and the only US ships in the vicinity were those searching for Brigade survivors off the coast of Cuba.

The consequences of the failed mission were soon felt, most strongly in Cuba. Between April and October 1961, hundreds of executions took place in response to the invasion as Castro cracked down on the counter-revolutionary groups which had been coordinating with the invading forces.

About 1,202 Brigade members had been captured while around 118 had been killed in combat. Cuban forces suffered 176 losses with more than 4,000 wounded. Castro tried 1,179 Brigade prisoners for treason and sentenced each of them to 30 years imprisonment. Over the following year, around 60 were released on health grounds and sent back to the US. 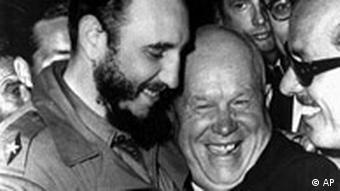 In December 1962, Castro and James B. Donovan, a US lawyer, signed an agreement to exchange 1,113 prisoners for $53 million in food and medicine, sourced from private donations and from US companies expecting tax concessions.

The political fall-out was significant. As well as making Castro incredibly paranoid about US intervention in Cuba and increasing his hated and distrust of his capitalist neighbor, the invasion strengthened his hand as Cuban leader. A few months after Operation Zapata, Che Guevara sent a note to Kennedy in which he thanked him for the invasion: "Before, the revolution was weak. Now it's stronger than ever."

Castro's fear of further US attacks also led him to pursue closer relations with the Soviet Union as he sought protection from the world's other superpower. Castro's approval of Soviet plans to place nuclear weapons on Cuba to ensure its security a year after the invasion then led to another famous stand-off with Washington: the 1962 Cuban Missile Crisis. 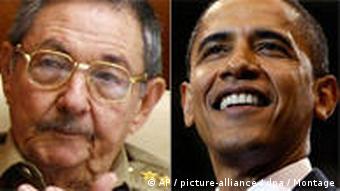 As a result of the Bay of Pigs invasion and Cuban Missile Crisis, every US president since Kennedy has had to deal with the Cuba issue, with relations remaining strained, even to this day. While the 1958 embargo on Cuba remains in place, and has been extended to at least September of this year by current President Barack Obama, there are signs that over half a century of stalemate could be coming - slowly - to an end.

"Obama has been quite cautious when dealing with Cuba and he has taken a very informal approach," Professor Guenther Maihold, an expert on Latin American foreign policy and international relations at the German Institute for International and Security Affairs, told Deutsche Welle. "He has eased some restrictions on travel and visas but he hasn't really committed to anything too serious."

"Change regarding the embargo and relations with Cuba in the US is taking place at about the same speed as the reforms in Cuba -which is very slowly," Julia Sweig, the director for Latin America studies at the Council for Foreign Relations in Washington, told Deutsche Welle. "Obama's approach has not gone very far to normalize relations with Cuba as yet. This is about as much as the domestic political structures in both countries can handle right now."

Tom Carothers, the vice president for studies at the Carnegie Endowment for International Peace in Washington, says the US would be prepared to reach out if there was some form of quid pro quo. "Already they have, to some extent, put the ball in the court of the Castros, although the Cuban government might not feel that way yet."

US president welcomes overtures from Cuba

President Barack Obama told Latin American leaders at a Summit of the Americas in Trinidad and Tobago that he wanted to establish a new beginning with Cuba and open talks on normalizing relations. (18.04.2009)