US astronaut Edgar Mitchell, sixth man on moon, dies at 85

Edgar Mitchell, one of only 12 people to walk on the moon, has died at the age of 85. He was part of NASA's Apollo 14 crew, which set a record for the longest stay on the lunar surface in 1971. 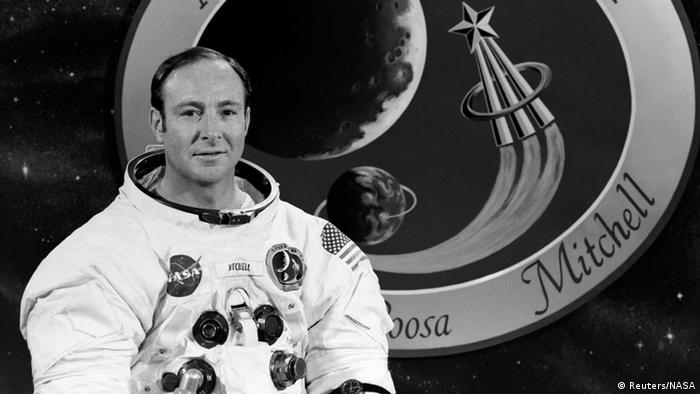 Edgar Mitchell, who in 1971 became the sixth man to walk on the moon, died in West Palm Beach in the US state of Florida after a short illness, his family said Friday. His death coincides with the 45th anniversary of his Apollo 14 mission.

NASA administrator Charles Bolden paid tribute to the astronaut, describing him as "one of the pioneers in space exploration on whose shoulders we now stand."

"As a member of the Apollo 14 crew, Edgar … helped to change how we view our place in the universe," he said in a statement.

Mitchell joined the US space agency in 1966, and helped test and design the lunar modules that got Neil Armstrong and Buzz Aldrin to the moon in 1969.

Mitchell was initially selected to be part of the 1970 Apollo 13 crew with Alan Shepard, the first American in space, but the duo were bumped to the next mission to give Shepard more time to train. The delay turned out to be fortuitous for Mitchell - Apollo 13 failed to reach the moon and its astronauts were forced to abort the mission after an oxygen tank exploded on board.

Mitchell's turn came a year later, when he accompanied Shepard and Stu Roosa on Apollo 14.

"That's what I wanted because it was the bear going over the mountain to see what he could see, and what could you learn, and I've been devoted to that, to exploration, education and discovery since my earliest years, and that's what kept me going," Mitchell said in a 1997 interview.

The Apollo 14 mission, Mitchell's only space flight, blasted off from Cape Canaveral on January 31, 1971, and reached the moon on February 5. During the trip, the astronauts managed to collect around 40 kilograms (90 pounds) of lunar rock and soil samples. They also set records for the longest distance traversed on the lunar surface, the largest payload returned from the moon, and the longest time spent on the moon for their 33-hour stay.

After leaving NASA in 1972, Mitchell set up the Institute of Noetic Sciences to study paranormal activity and consciousness. He spoke publicly about his belief in faith healing and aliens, and said he'd had an "epiphany" in space that led him to focus on unexplained phenomena.

Mitchell was born in Hereford, Texas, and held a doctorate in aeronautics from the Massachusetts Institute of Technology. He is survived by his four daughters, two sons and nine grandchildren.

Astronauts at the ISS station have successfully repaired a broken voltage regulator. But their spacewalk was cut short after water was detected inside an astronaut's helmet. (15.01.2016)

A Soyuz capsule carrying three astronauts has successfully blasted off for its two-day trip to the International Space Station. (02.09.2015)

An Astronaut with Vision