As a major conference on urban governance opens in Delhi, Ricky Burdett, head of the LSE Cities program, spoke to DW about India's new urbanization drive. He explains why cities need to be sustainable - and equitable. 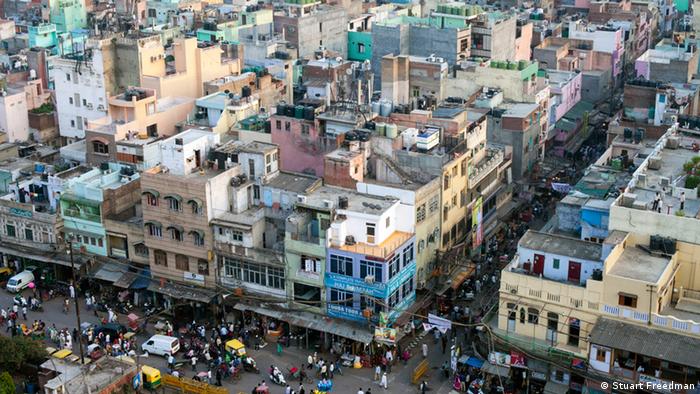 Organized jointly by LSE Cities at the London School of Economics and Deutsche Bank's Alfred Herrhausen Society, "Urban Age" is an interdisciplinary conference on cities. This year's event is in Delhi on November 14-15.

Ahead of the conference, DW spoke to Ricky Burdett, one of the program's founders. As director of the LSE Cities program he is a leading expert on urban planning and was the chief architecture adviser at the 2012 London Olympics.

How significant is the choice of Delhi as the venue for this year's Urban Age conference?

We have held conferences in cities around the world like Istanbul, Rio and Mumbai that are rapidly growing but also in New York and London, which are changing their physiognomy and their DNA through migration and other things.

There is no doubt that Delhi is an interesting example given its imperial past as reflected in the grand Victorian architecture and layout in New Delhi. And beyond that, the vast sprawling city as we know it today with all its difficulties such as an absence of structured social housing and still significant problems in terms of traffic. There are few cities in the world that combine that.

At the same time, the underground system in Delhi is a fantastic investment, as is turning the auto rickshaws and bus systems to natural gas. These are amazing statements of courage. And, you also have a new Indian government, which is talking about smart cities. All this creates a very vibrant context for our discussion. 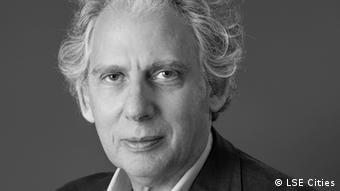 Earlier this year, Indian Prime Minister Narendra Modi announced a $1.2 billion investment in smart cities over the next year. What do you make of the plan in your experience as an architect and urban planner?

I find the term "smart cities" problematic because it tends to imply high-tech something or the other. In some cases, making a city smart is not just about technology, it's about solving some of the more fundamental issues. And information technology can help you do that.

But I'm not sure the notion of hardwiring everything with IBM or Cisco Systems so that you have monitors everywhere is what matters in Indian cities today. What matters is investment in smart technologies to help improve things like transport or ways of monitoring people's health so as to improve the quality of life of existing populations and not just think about future cities.

In India, you have so many people living in disastrous conditions in so many cities that the smartness needs to be applied there first. My understanding is that the 100 smart cities are not intended to be like new towns in South Korea or China or in the Middle East, which are made of skyscrapers and electric vehicles. These are the epitome of smart cities.

But they are expensive and ultimately don't solve the problems that India needs to address. I'm encouraged to hear that the Indian plan is actually about retrofitting existing cities. There will certainly be plenty of debate on that at the conference.

You have said we are living in an era of the endless city. What are some of the challenges that big modern-day cities face?

Cities like Mumbai, Istanbul, Lagos and Sao Paulo have grown faster and bigger than older global cities like London or New York. Lagos, for instance, has been growing by 600,000 people a year. That is a rate of nearly 70 people per hour being born or moving into the city.

The stress this places on the infrastructure on these cities is unprecedented. What's worrying is that many African cities are seeing rapid population growth without the manufacturing or industrialization that we had in 19th century Europe and the US. That creates a dangerous ticking social bomb as more people move into cities and live in informal settlements without access to basic infrastructure, leading to deep inequality and violence in some places.

The other big challenge is on the environmental level. With cities being the engines of the global economy, they consume enormous amounts of energy and emit vast amounts of pollution.

Roughly 60-75 percent of global CO2 emissions come from cities. That's a massive number and if we can think of the design and management of the next generation of cities, which by the way doesn't mean new cities but retrofitting and improving what we have, particularly in the big cities, and making them more environmentally friendly, the potential of reducing the effect on the planet is dramatic.

Are they any cities that have got it right in terms of tackling some of the challenges?

Absolutely. The situation is not inevitable and can be addressed by good urban planning and management even when resources are scarce.

One of the most innovative regions at the bottom end is Latin America. For example, in Colombia, with all its problems of violence and drugs, two cities stand out - the capital, Bogota and Medellin. Both have made massive changes over the last 15-20 years in providing schools, good quality affordable housing, libraries as well as the introduction of transport systems, cycle paths and bus rapid transport systems which means that people instead of commuting four hours a day for a job can do it within 20-30 minutes.

Moving to Asia, we have the more top-down, high-investment versions of this - Singapore stands out whatever we think about its strengths and limitations. It is a city-state today with something like 80 percent of all its citizens living in social housing, which is an extraordinary concept. So there's an investment in trying to solve the fundamental needs and to avoid the problems of deep inequality that threaten so many cities.

Other parts of Asia like Japan and many Chinese cities are making extraordinary investments in public transport, for example, which purely from the point of equity and access to jobs make a significant difference.

The topic of this year's conference is urban governance. What does it take to make a city successful? Good leadership or visionary architects?

I'm an architect myself but I don't think architects are the solution. To get a sense of where the city needs to go, how it needs to improve itself, what its values, are you need successful urban leaders able to make a change that often goes against the grain of national trends.

If you look at Spain, the country has gone up and down over the years but the city of Barcelona has had five mayors in a row, all of whom have been able to develop and interpret this vision about it being a very dynamic city, very open to international migration, creating high-tech jobs and improving the quality of public spaces, its waterfront, and so on.

Sitting in London where we've had two directly elected mayors since 2000, I think has made an incredible difference in the amount of money we've been able to leverage from the central government. It's the result of a mayor banging on the doors of the prime minister's office.

One small example is that we now have a $30-million public rail system called Crossrail to be opened in 2018. But it would never have happened if there wasn't a mayor lobbying for it.

So, leadership is fundamental. Urban ideas and visions are important but I think notions of equity, sustainability, where the city wants to be environmentally, are extremely important factors that sometimes transcend the architectural vision.

More than 30 million people live in Europe’s urban slums. They often have little or no access to water or electricity. Dwellers range from members of ethnic minorities to victims of the financial crisis. (22.10.2014)

Over 1.7 billion people lack access to improved sanitation in Asia and the Pacific and millions defecate in the open. But building new toilets alone is not enough to improve public health, says ADB analyst Jingmin Huang. (16.10.2014)