Disused factories, abandoned sanatoriums and laboratories are some of the places that draw urban explorers. Here they take daring pictures, often illegally. Some even offer professional tours of the sites. 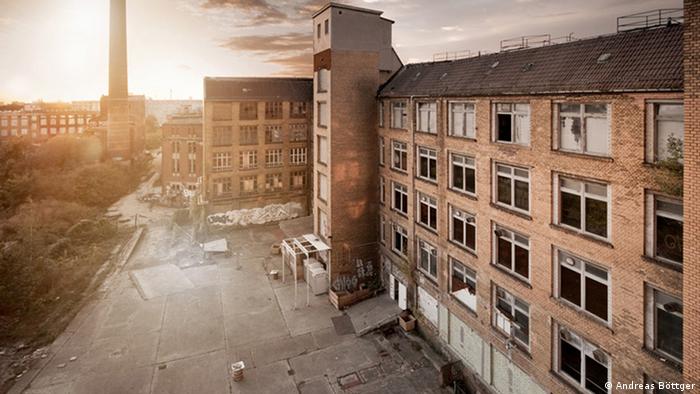 Carla Eglau is not sure how many photos she has taken. The retiree and amateur photographer has spent the last few hours exploring a former meat factory in Berlin's Lichtenberg district. She pauses in an office where no one has worked for a long time. The room is completely overgrown with vines and greenery that cover the walls like graffiti.

Eglau has often been on the road with her camera in search of "lost places." She thrives on the thrill of scrambling through overgrown paths and climbing over rusty fences or gates, while constantly keeping an eye out for cantankerous security guards. 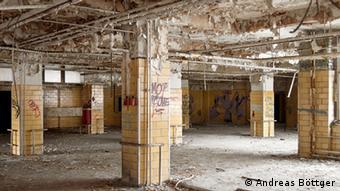 Breads and cakes used to be made here

But today Carla doesn't have to worry about any unexpected encounters, because she has booked a tour with go2know, a new Berlin-based company that specializes in photo tours of mysterious places. Only after you've signed up and paid the fee of 30 or 40 euros (about $37-49), do you find out where the tour is headed.

This Sunday afternoon, over 20 people of all ages have joined the tour at the former meat factory. They are wearing thick parkas and protective footwear and carrying flashlights, tripods and backpacks.

One of go2know's founders, Andreas Böttger, leads the group up a dark staircase where - bizarrely - the smell of smoked meat still hangs in the air. The tour passes through tiled halls and garages covered in oil, and furnaces and boilers that have not been in use in over 15 years. Occasionally, you see work clothes strewn across the floor, as if someone has just finished a day's work and time has stood still.

Urban Explorers, or Urbexer, as they call themselves, are a special kind of city explorer. They spend their summers traveling all over Germany in pursuit of dilapidated buildings. 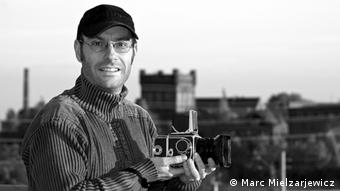 Marc Mielzarjewicz has published several books of his photos

In the city of Halle an der Saale, Marc Mielzarjewicz casts a critical eye along the street. When he sees there are no cars around, he quickly squeezes past an overgrown gate into the yard of a deserted slaughter yard. It has been a long time since anyone has noticed who comes and goes here.

Mielzarjewicz discovers the five-acre site which once housed the city's former slaughterhouse. A gate off to the right leads him to a seven-meter-long (23-foot) hall featuring arches and portals with delicate iron girders. The doors are missing, the windows shattered, and the roof is full of holes. Only the outer walls remain.

What people leave behind

As Mielzarjewicz takes a picture of a weathered brochure lying on the ground and admires the elegant curves of the rusty metal sheets exposed in the hall. Then he turns his camera to the stable stalls and the trees that have forced their way through the walls. 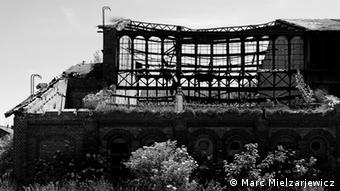 Derelict stables at an old slaughterhouse

His black-and-white photographs document what remains after people have left and are featured in four books titled "Lost Places."

Urban explorers, or urbexers as they like to call themselves, are reluctant to reveal the locations where they take their photos. Vandalism is widespread among the ruins and they fear thieves might take manhole covers or copper cables at the abandoned sites. Urban explorers, on the other hand, heed strict rules: They only take pictures and leave nothing but footprints.

That is also Stefan Bär's credo. Recently, he discovered a disused flour mill in an isolated area of Brandenburg in north-eastern Germany made sure only fellow urbexers found out about the address. Bär, a software developer, spends his weekends exploring the dilapidated buildings with his camera.

He enters the mill via the back door, takes out his camera and photographs the dusty machinery in the workshop as rays of sunlight fill the room. The building's silence is broken only by the clicks of his camera, an occasional creak in the wooden floor, and the wind as it blows through the nearby lime trees. 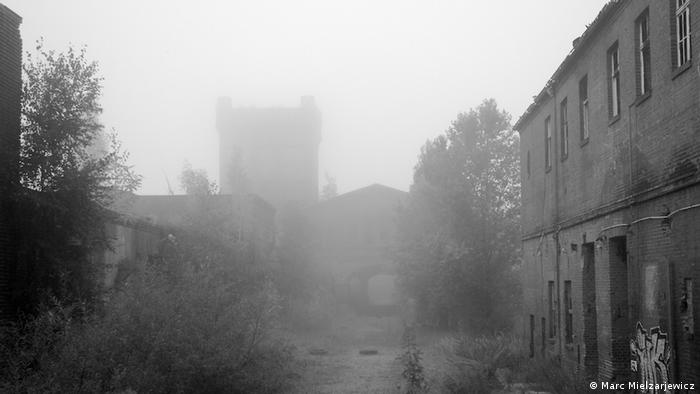 Blanketed in fog, the slaughterhouse sets an eerie scene

The buildings are vacant because they no longer have any profitable use. And that is exactly what makes them so attractive. Today's world seems to be completely explored, with every tiny corner recorded and mapped. Discovering a once forgotten place has a certain appeal to these explorers.

Once you start exploring a city in this way, it is difficult to stop. Deserted factories, abandoned breweries and disbanded sanatoriums are like magnets for urban explorers. Most of these obscure treasures will eventually disappear and all that will remain will be the pictures and the memories.

For those looking to dive (literally) into summer, Berlin is the place to be. No other major European city has as many lakes with long-standing bathing traditions - just beware of what's lurking beneath the water. (27.07.2012)

How the Olympics transform urban space

The Olympics are about more than just sports these days. They also drive the transformation of urban space. Good city planning can turn the Games into a long-term success. (26.07.2012)

The reincarnation of Berlin's bunkers

Delving into bygone eras of air raids and destruction is not my favorite past-time. But in Berlin, where the urban terrain is nothing short of a living museum, you are confronted with relics of the city's warring past. (13.07.2012)