UN High Commissioner for Human Rights Navi Pillay has called on the International Criminal Court to investigate war crimes allegations in Syria. Meanwhile, two journalists have been killed by sniper fire in the country. 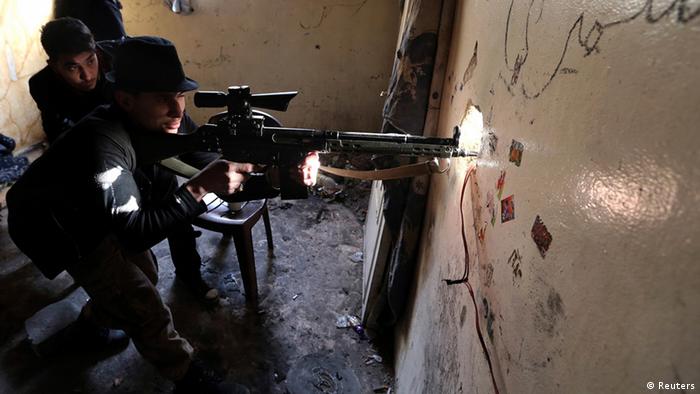 On Friday, Navi Pillay, the UN High Commissioner for Human Rights, asked the UN Security Council in New York to refer records on human rights abuses in Syria to the International Criminal Court (ICC) at The Hague.

"I firmly believe that war crimes and crimes against humanity have been committed, are being committed and should be investigated," Pillay told reporters on Friday.

"I have urged the Security Council to refer the situation to the International Criminal Court for investigation of war crimes and crimes against humanity on the part of all parties engaged in this conflict," she said.

A petition for such an investigation was drawn up by Switzerland and is supported by 58 countries. The 15-member security council is the only body that can refer the petition to the ICC and member countries are split on the decision. Russia and China have used their vote several times to block resolutions which would have threatened sanctions against Syrian President Bashar Assad.

Meanwhile two journalists were killed by sniper fire on Friday.

The French journalist Yves Debay was killed in the northern city of Aleppo while reporting on the conflict, a Turkish official said on Friday.

“France condemns this odious act and expresses its condolences, its sympathy and its solidarity with the friends and family of Yves Debay,” French President Francois Hollande said in a statement.

Debay was shot once in the head and once in the chest on Thursday and then transported to neighboring Turkey where he was pronounced dead by medical staff, the official said.

The second journalist, Al-Jazeera reporter Mohammed Hourani, was killed by sniper fire in southern Syria, according to the Qatar-based news network.

"Mohammed Hourani was shot dead by a regime sniper in Basra al-Harir in the province of Daraa while he was covering the clashes there," Al-Jazeera reported in a statement.

Last year, Syria was the most dangerous country for reporters with 28 killed, according to the Committee to Protect Journalists.

A UN-sponsored study estimates that more than 60,000 people have died in the civil war since it began in March 2011, while the UN expects the number of Syrian refugees to nearly double by June to 1.1 million people.