Rebels fighting the army at the presidential Palace; a sudden ceasefire deal; a state-TV takeover with a view to a coup? Conflicting reports out of Yemen tell only one sure story: the situation in Sanaa has deteriorated. 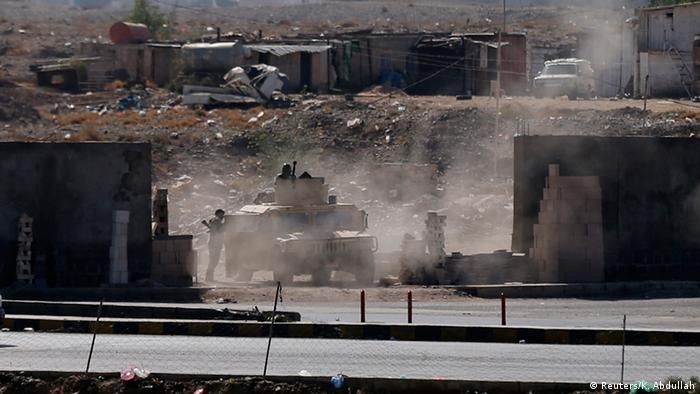 Monday's unrest began with reports of gunfire between Houthi fighters and the presidential palace guard, outside the residence of President Abed Rabbo Mansour Hadi. The palace is one of comparatively few sites in Sanaa still under government control. Both the military and the Houthis accused each other of instigating the combat.

The Houthis, who want more rights for the country's Zaydi Shiite Muslim sect, seized most of the capital in September, and have since advanced on predominantly Sunni areas in central and western Yemen.

After the gunfire around the presidential palace, a senior Houthi leader said that a ceasefire was agreed shortly before noon and had come into force. However, residents said that artillery and gunfire could still be heard coming from the direction of President Hadi's residence.

"This is a step toward a coup and it is targeting the state's legitimacy," Sakkaf told AP.

On her Twitter account, which still labels her as a journalist, the former Yemen Times editor said that Houthi leaders and the prime minister gathered at the presidential palace to discuss the terms of a possible ceasefire deal - but then said that a special committee would convene later in the day to continue talks.

Sakkaf then said that the prime minister's convoy and the Houthi convoy both came under fire on leaving the presidential palace, claiming that some third party might be involved in Monday's unrest.

Talks to establish a new constitution and find a place for the political arm of the Houthi movement in Yemen's government have been ongoing since September. On Saturday, the Houthis pulled out of a meeting with political and regional leaders from across the country that was aimed at drafting a new constitution. The group was reported to have seized presidential office director Ahmed Awadh bin Mubarak, to stop him attending.

President Hadi came to power in Yemen in 2012, following the 2011 Arab Spring protests that toppled his predecessor, Ali Abdullah Saleh.

The Houthis are broadly labeled Shiite Iran's ally in its regional power struggle with Saudi Arabia, which borders Yemen and has suspended most of its financial aid to Sanaa since September.