A new report on the status of German unity debated by cabinet ministers comes as a warning against demographic developments in the eastern part of the nation. The population there is aging and shrinking. 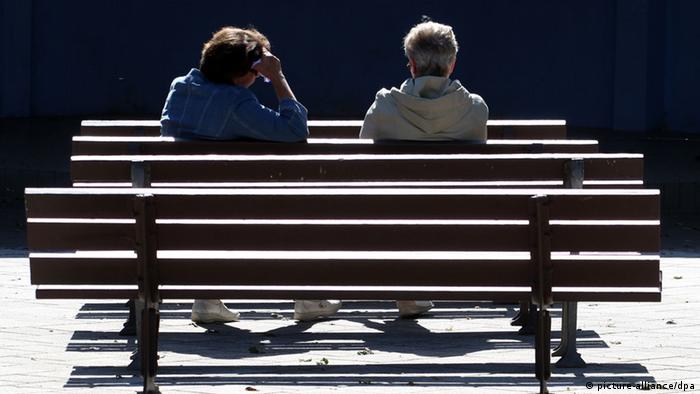 A government report submitted to cabinet ministers in Berlin on Wednesday warns of widely negative demographic trends in the eastern part of reunited Germany.

It reports that a rapidly aging population in all of the non-city states in the former East (Berlin is the exception) is going hand in hand with a lack of industrial diversity, structural as well as infrastructure problems and increasing financial woes at community level.

With lots of younger people turning their backs on homes particularly in eastern Germany's rural areas, the increasing share of elderly people has proven to be a major burden on social services, the report emphasizes.

Trend reversal not in sight

Between 1990 and 2015, the population of the five non-city states in eastern Germany shrank by 15 percent, from 14.8 million right after reunification in 1990 to 12.6 million inhabitants 15 years later.

The state of Saxony-Anhalt recorded the biggest decline of 22 percent, while the population in western Germany increased by 7 percent over the same period.

The state of Mecklenburg-Western Pomerania in the former East Germany has the lowest population density in unified Germany (69 inhabitants per square kilometer).

Despite the recent influx of migrants, current demographic trends are unlikely to change any time soon, the report notes. On the contrary, it expects the population in the former East to drop by another 800,000 people by 2030, which would mark a 7 percent decline from today's level. By contrast, western Germany will most likely see its population grow by 1 million by 2030, a 9 percent rise.

The government has frequently warned that a rise in anti-foreigner sentiment and attacks by far-right radicals in eastern Germany has the potential to completely ruin the chances of attracting badly needed skilled workers.

Munich has topped a list of German regions ranked according to economic prospects and quality of life. New research shows that historically lagging cities in the east are catching up, while the west is sliding backwards. (27.05.2016)