Unhappiness and early death not linked in women | Science | In-depth reporting on science and technology | DW | 10.12.2015

Unhappiness and early death not linked in women

Contradicting previous studies, scientists have revealed that - in women - there is no link between unhappiness and longevity. Data from more than 700,000 British women found similar ages of death. 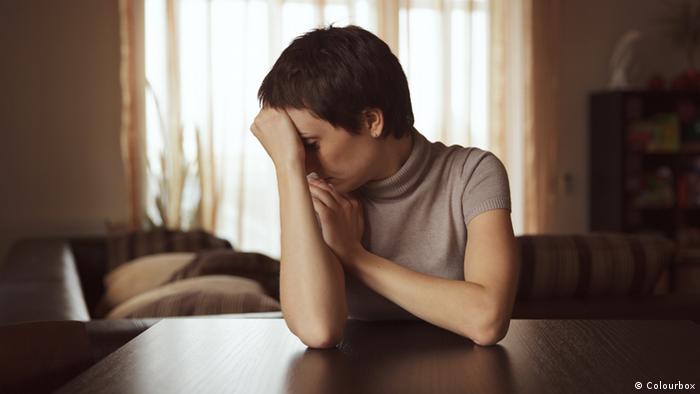 In a report published in "The Lancet" on Thursday, researchers said they had proved that happiness itself has no direct effect on rates of early death, undoing decades of guidance that unhappiness and stress directly cause ill health.

She added that her team had found no direct effect of unhappiness or stress on mortality, even in a 10-year study.

The findings are likely to come as a relief for the millions of people who suffer from mental health issues like depression.

Researchers said their investigation was the largest-ever to evaluate happiness data and was extracted from questionaires of more than 715,000 British women who were taking part in the UK Million Women Project. The women, aged 50 to 69, were enrolled in a national breast cancer screening program from the late 1990s.

Three years after joining the study, they were asked to self-rate their health, happiness, stress, feelings of control, and whether they felt relaxed. The report's author said five out of six of the women reported feeling generally happy, but one in six said they were generally unhappy.

The women were followed by electronic record links for the next decade, during which time 30,000 of them had died.

Scientists found the death rate among unhappy women was the same as those who were happy, once they allowed for existing differences in health and lifestyle.

The research team said due to the size of their study, they were able to rule out unhappiness among overall ill health, smoking and other lifestyle factors that may have led to an increase in mortality in women.

Those who already had illnesses like heart disease, stroke, lung disease or cancer, were excluded to limit reverse causality.

Separate analysis was done to distinguish between those who were and weren't being treated for depression or anxiety and again, the study found similar results.

Co-author Richard Peto, a professor at the University of Oxford, said the finding meant that people could "focus on the real issues that shorten their lives, like smoking and obesity."

The study focused entirely on data collected from middle-aged women. Several studies have shown that men are more likely than women to commit suicide, amid reports of a growing incidence of hidden mental health issues among men.

In an accompanying commentary, French scientists suggested that the results might not be the same in men, since "men and women probably define happiness differently." They called for randomized trials to allow for gender, cross-cultural and age comparisions.

No cause and effect

Several previous studies have linked unhappiness to early death, while others have been inconclusive. But this study's authors said earlier research may have confused cause and effect.

But another study, the Longevity Project, which followed 1,500 participants from cradle to grave - did find one example where mortality was affected. Women who married unhappy men tended to be unhealthier and live shorter lives than women married to happy men. But the reverse wasn't found to be true.