After a visit to Timbuktu in Mali, the head of the UN's cultural organization has reported the destruction of ancient shrines by militant fighters to the International Criminal Court. Sixteen shrines were destroyed. 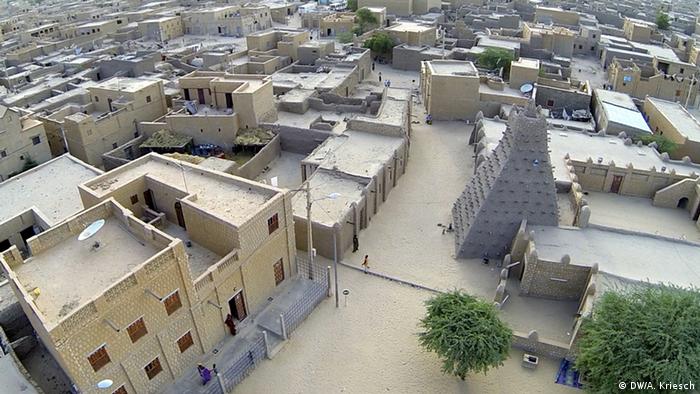 During the takeover of northern Mali by al Qaeda linked fighters, UNESCO World Heritage listed ancient mausoleums were destroyed in 2012.

Sixteen shrines to Muslim saints in Timbuktu were wrecked. They dated back to the 15th and 16th centuries when the city was an economic, intellectual and spiritual center.

"UNESCO has involved the International Criminal Court with the destruction of the mausoleums," Irina Bokova, the organisation's general director, told reporters at the end of a visit to Timbuktu.

Bokova said the destruction of cultural heritage was considered a war crime under the UN's 1954 Hague Convention.

"Two months ago I met the prosecutor and I believe they are progressing rapidly, and I hope they will be ready to present the case before the ICC," Bokova added. She did not outline the charges that could be brought.

UNESCO, the Malian government and other international organizations began rebuilding Timbuktu after the 2013 French-led military operation which drove the militants out of the city.

"It is through the reconstruction of mausoleums that we can accompany the peace agreements and restore the identity of the city... We will also help renovate other riches of Timbuktu cultural heritage," Bokova told reporters.

While many manuscripts were lost or destroyed, hundreds of thousands were taken to Bamako in 2012 for their protection. They are being classified and digital records made of them.

The entire project is expected to take four years and cost $11 million (10 million euros). The World Bank, the EU, Switzerland and the US Agency for International Development have so far contributed $3 million.

Six UN peacekeepers have been killed in an ambush in Mali. Though it remains unclear who perpetrated the attack, at least one news agency has put the blame on the regional al Qaeda branch. (02.07.2015)

Tuareg rebels finally signed the May peace accord. While the Malian population welcomes this as a step toward more security, it has little faith in the UN stabilization mission, MINUSMA. (20.06.2015)