Italy has teamed up with UNESCO in an effort to protect art, archaeological sites and artifacts endangered by extremists like the "Islamic State," but also natural disasters. 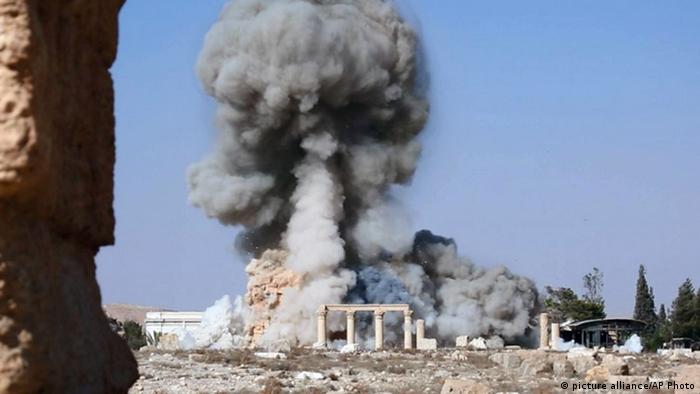 Dubbed Peacekeepers of Culture, the new task force is out to prevent cultural disasters like the destruction of Syria's Palmyra in 2015.

Italy's Foreign Minister Paolo Gentiloni and UNESCO's Director General Irina Bokova signed an accord on Tuesday (16.02.2016) in Rome which not only established the Peacekeepers of Culture, but also created a center in Turin to train culture heritage protection experts.

The aim behind the project is to dispatch the peacekeepers to assess the damage to highly valuable monuments and other cultural treasures in the wake of not only armed conflicts and extremist attacks, but also earthquakes, floods or other natural disasters.

Thirty police art detectives and 30 archaeologists, restorers and art historians "are already operational and ready to go where UNESCO sends them," said Italy's Culture Minister Dario Franceschini. The country's Carabinieri paramilitary force draws on its many years of experience in combating art trafficking.

Officials have said that no country has been chosen yet for the first mission, but UNESCO's Bokova underlined the urgency of their task.

"We are witnessing a tragedy of destruction of heritage, systematic and deliberate attacks on culture," said Bokova at the signing ceremony. The hope was that other countries would follow Rome's example and join the heritage fight, she added.

The "Islamic State" has carried out systematic destruction of prized historical sites in Syria and Iraq, including Palmyra, Hatra, Nimrud and Khorsabad, the ancient Assyrian capital.

Islamic extremists have also been held responsible for attacks on 10 monuments in Timbuktu, Mali, which is a UNESCO World Heritage city.

UNESCO and Washington have condemned the destruction of Iraq's oldest Christian monastery by the "Islamic State" militant group. St Elijah's, near Mosul, joins a growing list of destroyed religious and historical sites. (21.01.2016)

Caroling, still popular around Christmas time in Germany, is just one of the seven traditions to be added to the country's list of immaterial cultural heritage. Do you know them all? (04.12.2015)