For their work for children's rights Malala Yousafzai and Kailash Satyarthi have been awarded the Nobel Peace Prize; a message that children must go to school and not be exploited, as UNESCO chief Irina Bokova tells DW. 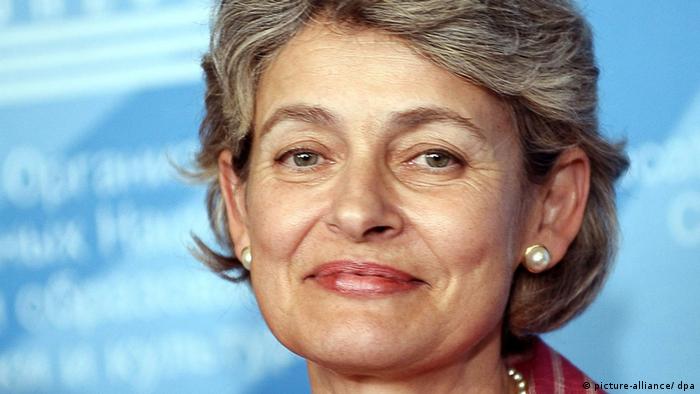 On October 10, the Norwegian Nobel Committee awarded the prize jointly to children's rights activist Kailash Satyarthi and teen education advocate Malala Yousafzai for "their struggle against the suppression of children and young people and for the right of all children to education." The Committee also underlined the importance of honoring a Hindu and a Muslim, an Indian and a Pakistani, joining a common struggle for education and against extremism.

When the announcement was made, 17-year-old Malala, the youngest ever Nobel laureate, was in school in the city of Birmingham, England, where she has been living for two years after receiving life-saving treatment. The Taliban had shot her in the head in October 2012 for insisting that girls as well as boys have the right to an education in her strictly Muslim home town in the Pakistani SWAT valley.

Born in 1954, Satyarthi founded Bachpan Bachao Andolan (BBA), or the Save the Childhood Movement in 1980, a non-profit organization aiming to eliminate child trafficking and labor in India. "Showing great personal courage, Kailash Satyarthi, maintaining Gandhi's tradition, has headed various forms of protests and demonstrations, all peaceful, focusing on the grave exploitation of children for financial gain," the Nobel Committee said.

Irina Bokova, Director-General of UNESCO, speaks in a DW interview about the significance of the Nobel Peace Prize being awarded to children rights activists and what the international community must do to protect and improve the lives of children around the world.

DW: How significant is the fact that this year's Nobel Peace Prize was given to two persons who have fought for rights of children?

Irina Bokova: I think it's extremely important. It's a call on the international community to act. It sends out the message that children's place is in school and not at work, and that they are not to be married early or traded in exchange for a cow or some merchandise. Their place is in school. 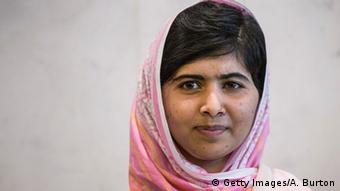 Bokova: 'I believe that, in Malala's case, the committee wants to shift the focus to girls' education'

In terms of the international community, what concrete action are you referring to?

We have to act on different levels. On the one side, we have to continue our fight for education for everyone within the global campaign "Education for All," given that 58 million children are still not attending primary school - the majority of whom are girls.

We also have to look at secondary education where the girls' dropout rate is huge. I believe that, in Malala's case, the committee wants to shift the focus to girls' education. For instance, if we let things progress at the current pace, a poor rural girl in sub-Saharan Africa will only go to school in 2086 - which is why I say this is a call for action. Of course, in the very particular circumstances under which Malala was attacked in Pakistan, it is important to work with local and religious communities.

What do you think of the fact that an Indian and a Pakistani share this award?

I think the Nobel Committee has regarded this as an important point that a Hindu and a Muslim, an Indian and a Pakistani can, so to say, join forces in a struggle for education. The award sends a powerful message on the importance of dialogue and finding a way for cooperation and reconciliation. It's also about the soft power of education which can bring together countries. Last but not least, the prize sends out a tremendous message against extremism.

Kailash Satyarthi has fought against many issues that affect children. What is your view on issues that he has been fighting for?

Malala Yousafzai, a teenage Pakistani activist who was shot by the Taliban for advocating girls' right to education, has won this year's Nobel Peace Prize. But does she really deserve it? DW examines. (10.10.2014)

Why Malala can't return to Pakistan

Teenage activist Malala Yousafzai is an international celebrity. She delivers lectures on girls' right to education all over the world. But there is one place she can't visit: her home country, Pakistan. (18.09.2014)

A senior Taliban commander has written an open letter to teenage Pakistani activist Malala, accusing her of running a 'smear campaign' against them. Experts say the letter is a reaction to Malala's historic UN speech. (18.07.2013)

Satyarthi has been a great human rights activist, fighting for education and against child labor. He has been one of those champions who has helped bring about a decrease in the number of child laborers around the world. Overall we can say that since the beginning of 2000, tremendous progress has been made. While there were about 170 million child laborers worldwide at the time, the figure has now been halved.

This is a positive development, but there still millions of child laborers worldwide. We now therefore have to double our efforts, work more with civil society, governments and the private sector to create a different economic, political, moral and ethical environment in order to effectively tackle the issue.

This is the first time that children's rights activists have been given this award. Given the importance of the issue, shouldn't this have happened a long time ago?

I cannot decide for the Nobel Prize Committee, but I think something new is emerging, and I know that it is not only because of Malala. I know that there are hundreds if not thousands of girls like her who are fighting for their right to education in most difficult circumstances.

We had a wonderful project showcasing children's journeys to school. We found out that they cross favelas, slums, rivers and walk long-distances just to get to school. Education and learning are not considered something secondary to development needs and to human rights. It is part and parcel of this quest for human dignity. And this is precisely the very strong message the committee has sent out by giving the Peace Prize to such a young girl.

The Nobel Committee said education and the respect for children's rights is a prerequisite for peaceful global development. What is your view on this? 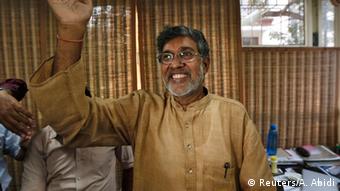 'Satyarthi has been a great human rights activist, fighting for education and against child labor'

I think it is very important and on par with the 25th anniversary of the Convention on the Rights of the Child. It's also very significant nowadays given the number of children in refugee camps, the events in Syria and Iraq, cultural cleansings, internally displaced persons in South Sudan and other places.

When looking at these problems and trying to solve or mitigate them, children and education should be part of the process. Unfortunately, only two percent of the global humanitarian response is dedicated to education. After conducting a survey on what refugee families wanted we found that one of their basic needs was education for their children. They don't want their children to be ignorant or part of a lost generation. I think this is a very strong message and, I believe, part of what the committee had in mind with this prize.