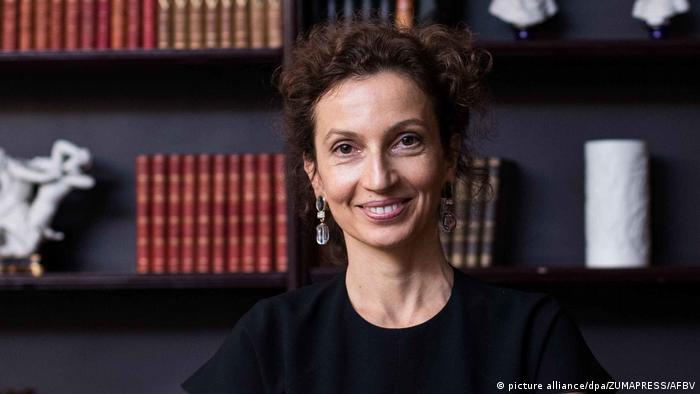 UNESCO has appointed Audrey Azoulay of France as the next head of the United Nations' cultural agency on Friday, after the organisation's 195 member states voted to confirm her.

Azoulay, 45, a former French culture minister, was nominated last month by the U.N. cultural agency's executive board in a highly politicized race. She had been one of three finalists selected to stand, narrowed from a field of seven candidates at the beginning of October. The finalists also included Hamad bin Abdulaziz al-Kawari, Qatar's former culture minister, and former Egyptian government minister Moushira Khattab.

The first vote taken resulted in the elimination of the Egyptian candidate. Afterwards, an official probe was requested, as accusations of vote-buying were lodged.

A vote on Friday among member states to confirm her nomination saw 131 votes in favor and 19 against.

Azoulay was promoted by France as a candidate who could "overcome political divisions for the sake solely of UNESCO's essential missions." She has worked in banking, but says she was formed in a professional regard by the film industry, in which she was involved as financial director, then deputy director, of the CNC (National Cinema Center), the guardian of French film production.

As French culture minister from February 2016 to May 2017 under former President Francois Hollande, among her accomplishments was securing a budget increase for her ministry after years of reductions.

Following the announcement of her election, Azoulay said the appropriate response to UNESCO's problems was to carry out reform, not to leave — a reference to this week's announcement by the US and Israel to quit the agency. Neither country has yet left UNESCO.

German Foreign Minister Sigmar Gabriel welcomed the election of Azoulay on Saturday and said that she had the full support of the German government for her reform agenda.

"Unesco works better when it effectively fulfills its responsibilities to promote international cultural exchange and the protection of cultural artifacts," he said. 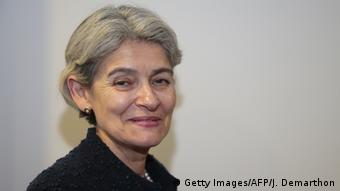 Finding a successor to Bokova has been a tense process

Heated debate ahead of vote

The politically charged campaign at UNESCO had already seen four rounds of voting ahead of Friday's meeting. The search for a successor took place under regional tensions, as Arab states believed the position of director general should go to an Arab country for the first time — but they were not in agreement as to which. Nations were divided between backers of oil-rich Qatar and its poorer rival Egypt, which is part of a Saudi-led coalition that has been blockading Qatar since June over its alleged support for radical Islamists and ties to Iran.

Lebanon's candidate for the post, Vera El-Khoury, bowed out at the fourth round, telling the AFP news agency the power game at play in the race had shown UNESCO members "did not give a damn" about the candidates' programs.

Qatar lobbied intensely for the post and has increased its financial contribution to support UNESCO in recent years. Its candidate, however, was dogged by allegations of anti-Semitism, notably those made by the Simon Wiesenthal Center, an international Jewish rights organization, which claimed that while he was culture minister, al-Kawari had remained silent over the presence of anti-Semitic books at a fair in Doha.

The nomination vote in October came a day after the United States and Israel made the shock announcement that their countries would be withdrawing from the UN's education, science and cultural organization, over the agency's alleged anti-Israel bias.

Read more: "A severe blow": Reactions to the US withdrawal from UNESCO

"We will be carefully watching how the organization and the new director-general steers the agency," Charge d'Affaires Chris Hegadorn, the ranking US representative to UNESCO, told AP. "Ideally, it steers it in a way that US interests and UNESCO's mandate will converge."

The move was seen as a blow to the body which is not only responsible for cultural protection measures such as the naming of World Heritage sites – places deemed to be "of outstanding value to humanity" and worthy of assistance in their preservation – but also for programs that empower girls through education, Holocaust awareness programs and climate change initiatives.

The United States will leave UNESCO due to what Washington sees as an anti-Israel bias and need for reform. Israeli Prime Minister Netanyahu said his country will also begin preparations to leave the UN cultural agency. (12.10.2017)