Unemployment in France has hit a level last seen in 1998 as Europe's second-biggest economy remained stuck in recession. President Francois Hollande has vowed to reverse the rise, but the worst seems yet to come. 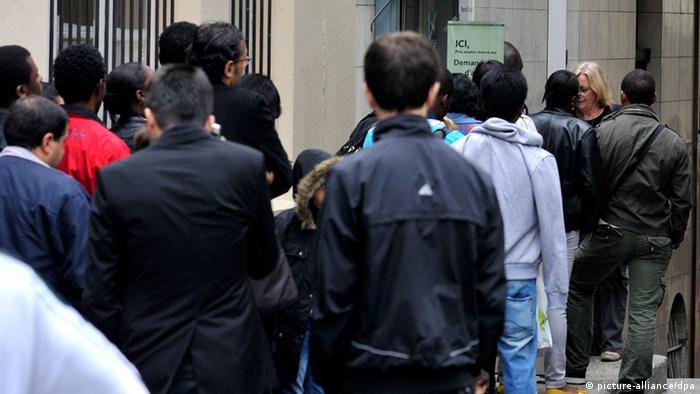 French unemployment rose 0.3 percent in the first quarter of 2013, reaching a jobless rate of 10.8 percent at the beginning of April, the country's statistics institute, Insee, announced Thursday.

The rise marked the 24th consecutive month of increasing unemployment and had put 3.25 million people out of work, Insee data showed.

According to Eurostat, the European Union's statistics agency, French unemployment is already at 11 percent under calculation methods applied within the EU bureaucracy.

France in urgent need of reform

Unemployment figures were boosted by declining economic activity in the past two quarters in which France had slipped into recession. Europe's second-largest economy contracted 0.2 percent in the first three months of this year.

French President Francois Hollande has vowed to stop the rise in unemployment by the end of this year. However, economists at the Organization for Economic Cooperation and Development (OECD) have predicted the jobs crisis in France to continue well into next year, with the jobless rate forecast to hit 11.1 percent in 2014.

The lost year of Francois Hollande

Just one year into his first term in office, French President Francois Hollande has lost the trust of his people. What did he do wrong to dissappoint his voters like no other French leader before him? (15.05.2013)

EU pressure on France as it hits recession again

The EU has called on France to present a credible program of structural economic reforms if the EU is to grant it two more years to bring its budget deficit down. France is back in recession. (15.05.2013)