UN urges countries to prepare for swine flu pandemic | News and current affairs from Germany and around the world | DW | 11.06.2009

United Nations chief Ban Ki-moon has cautioned against alarm over the WHO's declaration of a swine flu pandemic and urged governments to prepare for a long-term fight against the new flu virus. 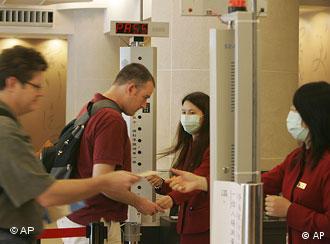 Official reports say there have been nearly 30,000 cases of swine flu globally and 141 deaths, with figures rising daily

The WHO, he noted, declared earlier in the day that the swine flu crisis has escalated into the world's first influenza pandemic in 40 years, after infecting tens of thousands of people in 74 countries.

"Let me stress: this is a formal statement about the geographical spread of the disease ... It is not in itself a cause for alarm," the UN secretary general told a press conference.

"Though infectious, this new virus has so far not been as severe as had been feared and death rates have been low," he added. "We must therefore be prepared. Our best response is a firm demonstration of global solidarity."

WHO director general Margaret Chan emphasized in Geneva earlier Thursday that the term pandemic indicates the geographical spread of the virus, not its severity. Sustained local transmissions outside the Americas, have led it to raise the alert to six - indicating a full-blown pandemic

"The higher level of the pandemic does not necessarily mean we are going to see a more dangerous virus or see many more people falling severely ill or dying," she said.

However, she also said that she and the other health experts had determined that "the virus is spreading to a number of countries and is not stoppable."

The UN body said it was neither recommending the closure of borders nor restrictions in movement of people, goods and services in the wake of its declaration.

Nations such as Australia, Britain, Chile and Japan – which are reporting growing numbers of infections – are being watched carefully as they are outside the Americas, where swine flu was first detected in April.

US already reacting in pandemic mode 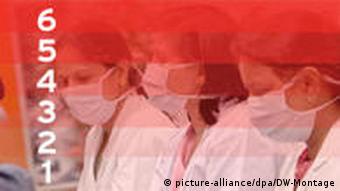 The United States have been acting at Level Six for weeks

Reactions to the pandemic announcement in the United States were muted as health officials confirmed that the US had been acting as if a pandemic was under way for weeks.

Thomas Frieden, director of the Center for Disease Control and Prevention (CDC), told a news conference the WHO declaration did not come as a surprise. "There are no practical implications for most state and local governments," he added.

"Here in the United States, the basic declaration isn't going to change our day-to-day activities," added the CDC's Anne Schuchat.

According to the US experience, a global pandemic will have a number of specific features: The new H1N1 virus disproportionately makes younger people sick. Schuchat said 57 percent of US cases were among people aged 5 to 24, and 41 percent of those hospitalized were in this younger age group.

"The highest rates of hospitalization are actually in children under 5," Schuchat said. Pregnant women, people with asthma or other chronic respiratory disease and diabetics needed to take special care and call a doctor if they had symptoms.

The CDC said that all 50 states have had cases of infection by the H1N1 virus to such an extent that patients with specific flu-like symptoms -- a fever above 104 degrees F, cough or other respiratory symptoms – are presumed to have the new virus. 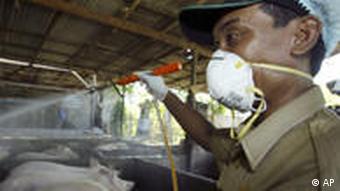 The WHO is concerned how the developing world will cope

Health officials monitoring the spread of the disease are particularly concerned for countries in the Southern Hemisphere, where flu season is just getting under way. The WHO’s Margaret Chan also said they were unsure how the virus would behave under the conditions of developing countries, which have thus far been largely spared from the virus.

In other parts of the world, the big worry is that seasonal H1N1 and H3N2 viruses are still circulating. The seasonal H1N1 has mutated into a form that resists the Tamiflu vaccine, although it is still susceptible to the Relenza alternative.

Experts fear if someone got infected with two strains at the same time, the viruses could recombine in the patient's body and acquire new strengths and new drug resistance. 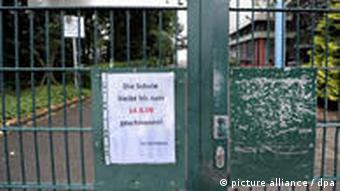 As many as 32 pupils were infected at the Duesseldorf school

Meanwhile, city health officials confirmed that 32 students at the Japanese international school in Duesseldorf were infected with the H1N1 virus in the most concentrated outbreak of the virus so far in Germany.

Most of the cases are not severe, only one of the students had to be treated at the city's university hospital, said Heiko Schneitler, head of the Duesseldorf health office. All children have been placed in quarantine at home.

Most of the children affected were Japanese, Schneitler said. Duesseldorf is home to a large Japanese community

Kathrin Rebbe, a spokeswoman at the North-Rhine Westphalia health ministry said four additional cases of H1N1 had been detected at a school in nearby Cologne.

Germany now has more than 100 confirmed cases of the swine flu virus. The head of the Robert Koch Institute, Joerg Hacker said he expected infections to rise.

In Hong Kong, authorities took the decision to close all primary schools, kindergartens, child care centers and special schools for two weeks in an effort to control the spread of the virus after 12 pupils at a city secondary school were found to have contracted the A(H1N1) virus, Chief Executive Donald Tsang said.

A worldwide epidemic has been averted thus far, but new cases continue to trickle in. Four people who recently returned from the US are the latest in Germany. (02.06.2009)

The World Health Organisation's annual assembly in Geneva has been told that developing countries in Africa, Asia and Latin America are ill-equipped for a H1N1 swine flu pandemic. (19.05.2009)

WHO fails to strike deal on sharing vaccines or data

The international community has failed to agree on a swine flu plan to share virus research information and stocks of vaccines in the event of a global pandemic. (17.05.2009)