The U.N. Security Council has extended the mandate for the African Union peace-keeping force in Somalia, but is still mulling over the lifting of an arms embargo 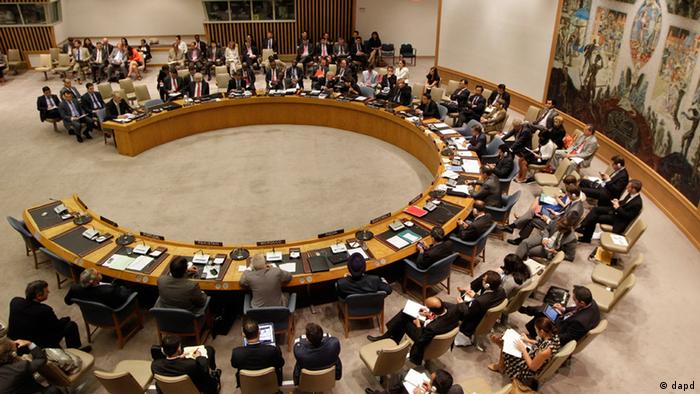 The council extended the AMISOM peacekeeping mission for four months, instead of the usual 12, to allow for a review of operations, including consideration of the request to lift the arms embargo and a call for permission to resume the export of stocks of charcoal.

Some 17,600 UN-mandated peacekeepers are helping the government to fight Islamist rebels in Somalia. Ugandan troops make up more than a third of those peacekeepers, but they have threatened to withdraw in protest over accusations made in a leaked UN report about the backing of M23 rebels in the Democratic Republic of Congo 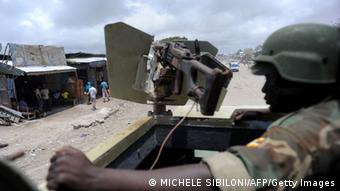 Uganda has threatened to pull its troops out of Somalia

Analysts say the withdrawal of Ugandan troops from Somalia would be disastrous because of the security threat posed by the al-Shabab militants and their links to the al-Qaeda. There's a possibility of the country falling back into complete anarchy after recent gains in the battle against the insurgents .

Emmanuel Kisiangani is an expert on Somalia politics at the African Institute of Security Studies in Nairobi. He told DW's Africalink radio show that participation in the AMISOM mission earns the Ugandan government foreign currency. It is also an economic factor for the Ugandan troops themselves as well as the for the government. It is a big operation.

The African Union has appealed to the 15-member UN Security Council to review the two-decade arms embargo to help Somalia rebuild its army and consolidate military gains against the al Qaeda-linked al Shabaab militants. The Security Council is divided over this issue.

The Security Council imposed the embargo in 1992 to cut the flow of arms to feuding warlords, who ousted dictator Mohamed Siad Barre and plunged Somalia into civil conflict a year later. 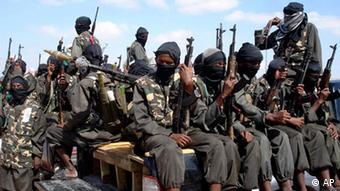 However, diplomats at the UN believe Somalia will become more stable in future. "The situation in Somalia is changing rapidly. We have a more legitimate political leadership than ever before," British U.N. Ambassador Mark Lyall Grant told the Security Council.

He acknowledged the African Union request for the arms embargo to be lifted, but gave no indication of how Britain would respond.

Somalia wants help to strengthen its poorly equipped and often ill-disciplined military, which is more of a loosely affiliated umbrella group of rival militias than a cohesive fighting force loyal to a single president.

Uganda has threatened to withdraw its peacekeepers from Somalia if the United Nations Security Council accepts an expert panel's report that links Uganda and Rwanda to rebels in eastern Congo. (03.11.2012)

AMISOM troops in control of Kismayo

African troops, allied within the African Union Mission in Somalia (AMISOM), have taken full control of Kismayo in Somalia, the last stronghold of al-Shabab Islamists. (03.10.2012)

Mogadishu has been hit by two suicide bombings, a week after hopes were raised by the election of a new Somali president. Witnesses say 14 were killed in a restaurant opposite the capital city's National Theater. (20.09.2012)