UN report finds disabled children among the world's most marginalized

A new United Nations study has found that children with disabilities are among the most marginalized in the world. Among other things, the report says their disabilities put such children at increased risk of poverty. 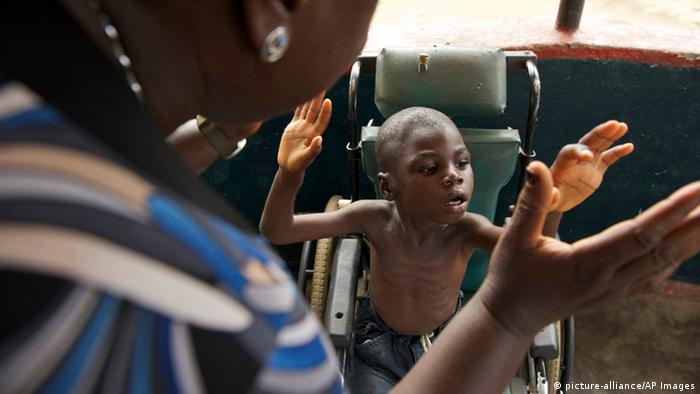 The UN children's agency (UNICEF) report released on Thursday found that children with disabilities were three to four times as likely as those without disabilities to become victims of physical or sexual violence while at the same time being less likely to receive adequate health care or education.

The report, unveiled at a press conference in the central Vietnamese city of Da Nang, also pointed to the fact that in many counties, those children are not registered at birth, making it difficult to identify those who may need help.

"Many of the deprivations endured by children with disabilities stem from and are perpetuated by their invisibility," UNICEF's The State of the World's Children 2013 report says.

Removing the stigma of disability

In many countries of the world, a disability is a stigma. Disabled children are hidden by their families and don't go to school. A new UNICEF report draws attention to their tragic plight. (30.05.2013)

The organization's executive director, Anthony Lake, described the lack of reliable statistics on disabled children as a "vicious circle."

The report says that while the situation facing disabled youngsters varies widely from country to country, the solution generally lies in a change of focus from what such children cannot to what they can do.

"The greatest barrier they face is not so much the disability as the discrimination they face," Lake said. "So unless you tear down the barriers against their being included in society and unless you provide assistance... then they are not going to make it."

Da Nang is strongly associated with the use of the herbicide Agent Orange during the Vietnam War, which has been linked to an above average prevalence of disabilities among the local population.