Three United Nations peacekeepers have reportedly been killed in an attack on their base in South Sudan. Amid fears the country may be sliding into civil war, Western countries have been evacuating their nationals. 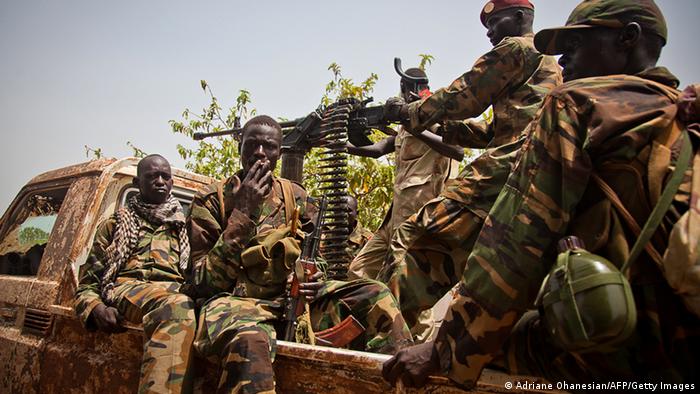 India's ambassador to the United Nations told a meeting to discuss peacekeeping issues on Thursday that three of his country's military personnel had been killed in an attack on the UN compound at the town of Akobo in South Sudan's Jonglei state.

This was the first report of UN personnel being killed in this week's upsurge in violence.

The fighting, which broke out in the South Sudan capital, Juba on Sunday, pits supporters of the sacked former vice president, Riek Machar, an ethnic Nuer against supporters of President Salva Kiir of the dominant Dinka clan.

President Kiir has blamed the bloodshed on an attempted coup by Machar, something the former vice president has denied.

In New York on Thursday UN spokesman Farhan Haq did not confirm the deaths of the Indian soldiers, but told reporters it appeared that armed ethnic Nuers had breached the UN compound in Akobo, seeking to attack civilians from the Dinka majority ethnic group who had sought shelter there.

"We fear there may have been some fatalities but can't confirm who and how many at this stage," Haq said.

After first asserting that it was in control of the situation, the South Sudanese government has now admitted that its forces have lost control of Bor, the capital of Jonglei.

"The situation in South Sudan can be best described as tense and fragile. If it is not contained, it could lead to ethnic cleansing," Choul Laam, a top official with the ruling Sudan People's Liberation Movement told an Associated Press reporter in Nairobi.

Meanwhile, several countries including Germany, the US, Britain and Italy have been evacuating their nationals.

Later on Thursday, UN Secretary-General Ban Ki-moon urged both sides to engage in dialogue as a way of ending the bloodshed.

"The future of this young nation requires its current leadership to do everything possible to prevent South Sudan descending into the chaos that would be such a betrayal of the ideals behind its long struggle for independence," a statement released by his office said.

The UN Security Council is to discuss the situation in South Sudan at a meeting later on Friday.

As the yearlong civil war in Ethiopia's Tigray region escalates, Kenya and South Sudan are on high alert.