The government in South Sudan has said an attempted coup failed overnight and that the country is still secure. A curfew has been put in an effort to calm the situation. 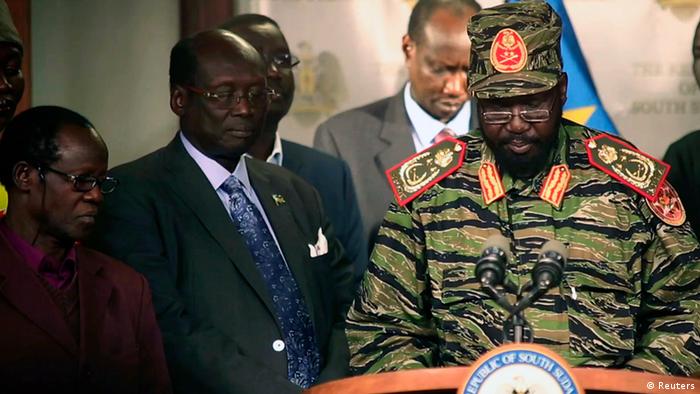 Gunfire in the South Sudanese capital of Juba broke out overnight and continued into Monday morning. South Sudanese President Salva Kiir said disgruntled soldiers from the military had attempted to overthrow the government.

"This was an attempted coup," Kiir told reporters, adding that the "government is in full control of the security situation in Juba. The attackers fled and your forces are pursuing them."

Residents of Abyei region have voted in an unofficial referendum over which country they wish to belong to - Sudan or South Sudan. Some observers forecast worsening tensions in the war-ravaged region. (28.10.2013)

Kiir said the attack was lead by soldiers loyal to Riek Machar, Kiir's former deputy who was fired from his post in July.

Foreign Minister Barnaba Marial Benjamin said soldiers at the main military compound had seized a weapons store, but had been pushed back.

More details of the shooting remain unclear, but it is known that heavy machine guns and possibly mortars were used.

"I urge all parties in the fighting to cease hostilities immediately and exercise restraint," said the UN's Special Representative of the Secretary-General, Hilde Johnson, in a statement. "I have been in touch regularly with the key leaders, including at the highest levels to call for calm."

Fighting had died down by Monday morning, but the situation remains tense. Kiir has implemented a curfew that begins at 6pm local time and continues for 12 hours.

South Sudan has struggled to achieve stability since becoming independent in 2011. Political conflict has been especially evident since July when Machar was sacked as Kiir's deputy.