A United Nations Human Rights report states a number of African nations were involved in ethnically-motivated massacres in the Democratic Republic of Congo (DRC) but softens its language after protests from those named. 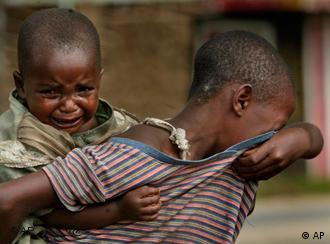 Experts hope the report will lead to improved justice in DRC

The Office of the High Commissioner for Human Rights (OHCHR) report, which was leaked in draft form in September, has already caused outrage in Rwanda after it was revealed that the UN intended to accuse Rwandan troops of having killed and raped Hutu refugees in the Democratic Republic of Congo (DRC) between 1993 and 2003.

However, while the report still contains accusations that African armies and rebel groups committed massacres and rapes in the eastern Congo, the official report tones down the language used in the draft in response to protests from Rwanda, Uganda, and Burundi.

"The apparent systematic and widespread attacks... reveal a number of inculpatory elements that, if proven before a competent court, could be characterized as crimes of genocide," the report said.

It added that "it was not a question of people killed unintentionally in the course of combat, but people targeted primarily by AFDL (Alliance of Democratic Forces for the Liberation of Congo)/APR (Rwandan Army)/FAB (Burundi army) and executed in their hundreds." The report also includes documentation of actions involving troops from Angola, Zimbabwe and Chad.

"The extent of the crimes and the large number of victims, probably in the several tens of thousands, are demonstrated by the numerous incidents detailed in the report," the report says. "The extensive use of non-firearms, particularly hammers, and the systematic massacres of survivors after camps were taken, could possibly prove that the number of deaths cannot be put down to the margins of war." 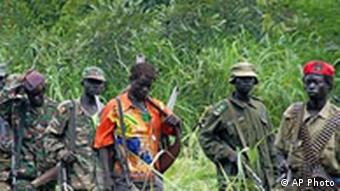 A number of African groups and armies are accused of crimes

But rather than categorically state that genocide had been carried out by those armies, groups and governments mentioned, the official report inserts the words "allegedly," "possibly" or "apparently" into the final version of descriptions of violations. These amendments could be linked to claims by Rwanda that the UN report was based on unsubstantiated documentation and testimony.

The official report also references the involvement of the Ugandan, Rwandan and Burundi armies in the first Congo war of 1996-1998, presumably as a response to Rwandan objections that the UN report lacked historical context.

These concessions will undoubtedly be seen by some as the UN caving in to pressure. But Amnesty International's Deputy Africa Director Veronique Aubert praised the report, saying it was definitive enough to prompt real action and change.

"This report does not only support our own information and evidence of crimes in DRC during the period covered but it goes further than that," she told Deutsche Welle. "It is a comprehensive and strong report and Amnesty International supports its analysis of the crimes listed. We believe it is strong enough to lead to prosecutions but now we need to see concrete action and for those responsible for these crimes to be held accountable."

Prosecution of perpetrators the next hurdle to justice

However, the toned-down language of the official report is likely to add to the belief among other experts that prosecution of perpetrators and the obtaining of credible proof won't be easy to come by if the case now goes before a court.

"It was very murky at the time and it is very murky still," Robert Gribben, American ambassador in Rwanda during the post-genocide period, told Deutsche Welle. "It will be difficult to find first-hand sources to legitimate what happened. There are plenty of third- and fourth-hand sources who have an opinion, but that would not be an acceptable criterion."

Amnesty's Aubert believes that the next step should be taken by the UN and the government of the DRC to create a structure in which the cases can be heard and trials conducted. 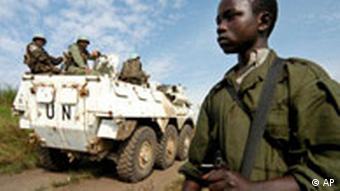 The UN and DR Congo need to work together for justice

"Of course we want to see prosecutions and there is some debate as to what mechanism will be put in place for these to happen," she said. "First the report needs to be endorsed by the Congolese government and then the UN and the Congolese should set up a task force to develop a plan to reform and rebuild the justice system so not only can past and present crimes can be prosecuted but also future crimes."

"There is a real need for the judiciary to be rebuilt," she added. "At the moment the Congolese system is not efficient enough. Only 12 trials have been held in response to the crimes during the period covered by the report. So we want to see a longer-term strategy where there is investment from the Congolese, the UN and international donors to improve justice so national laws and institutions can be strengthened."

Any move to bring members of those armies, groups and governments named in the report will undoubtedly fan the flames of anger, especially in Rwanda, a country with which the word 'genocide' sits extremely ill.

To read more about Rwanda's history of genocide, click below

Still hoping for peace, security and justice: Congo after 50 years

The Democratic Republic of Congo is marking the 50th year of its independence, but the central African state has yet to enjoy the fruits of political stability and is still striving for peace and basic human rights. (29.06.2010)

The trial of militia leader Thomas Lubanga at the International Criminal Court in The Hague is being heavily criticized in the Democratic Republic of Congo. Many fear that the process is merely a show trial for the ICC. (14.09.2009)