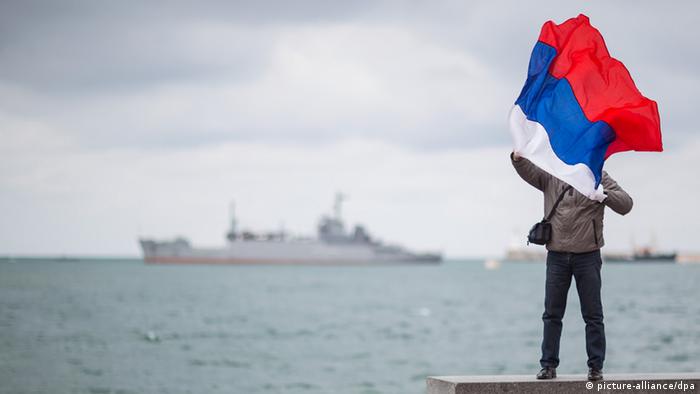 The UN General Assembly on Thursday declared as invalid Crimea's recent Moscow-backed referendum to secede from Ukraine. The invalidity was declared by a vote of 100 to 11, with 58 abstentions in the UN assembly.

Kyiv's new government, which drafted the resolution, called for a "stronger and more concrete" united, international front against what they called Russia's aggression in the region.

"I'm very much satisfied with the vote … [an] overwhelming majority of nations in the world show support for this resolution," said Ukraine's acting Foreign Minister Andriy Deshchytsya. "This support comes from all corners of the world which shows that this [is] not only a regional matter but a global one."

Ahead of the vote, Deshchytsya had told the assembly a strong show of support for the resolution would help discourage Russia from future similar action.

"I am convinced that a strong vote today will help to deter further aggressive moves," he said.

"It sends an essential message that the international community will not allow what has happened in Crimea to set a precedent to further challenges to our rule."

Thursday's resolution calls on all states to refrain from any attempts to modify Ukraine's borders through the threat or use of force, or other unlawful means, while calling on dialogue to help diffuse the crisis.

Russia maintains that it had no right to refuse support to the majority-Russian-speaking Crimea and their right to self-determination.

"For several centuries," Russian ambassador Vitaly Churkin told the assembly, Crimea was "an integral part of our country."

"Only an arbitrary decision by the USSR to transfer it to Ukraine upset this natural state of affairs," he added.

Churkin called the vote a "moral victory" for Russian diplomacy, as "almost half" of the UN's 193 members did not support the resolution.

"An increasing number of countries are beginning to understand the complexity of the situation and the motives behind the actions of Crimea and the Russian Federation," he said.

Also on Thursday, the US Congress passed legislation approving a $1 billion (730 million euro) loan guarantee for Ukraine's government. The measure also imposes sanctions on Russians and Ukrainians over Moscow's annexation of Crimea.

Washington's move follows the International Monetary Fund's (IMF) announcement that it reached a deal with Ukraine to provide the country with much-needed loans. The aid package is worth between $14 billion and $18 billion, but hinges on structural reforms Kyiv has promised to implement.

Speaking from Rome, US President Barack Obama called the increasing international support a "concrete signal of how the world is united with Ukraine."

"The decision to go forward with an IMF program is going to require a lot of courage," Obama said. "It will require some tough decisions."