UN adds Syria to 'list of shame' for mistreatment of children

A new United Nations report accuses Syrian troops of torturing and executing children during that country's civil conflict. It says some of the victims are as young as nine years old. 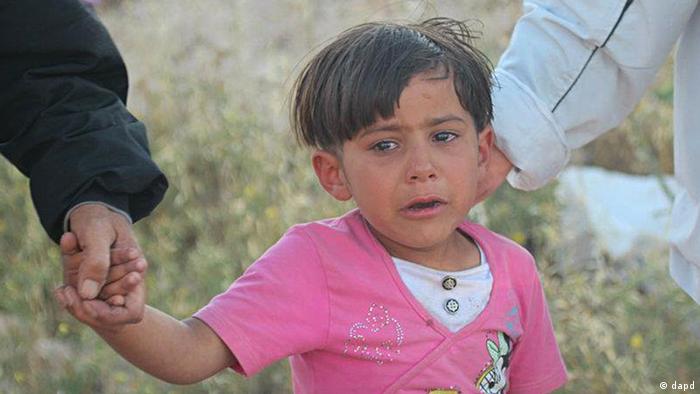 A new United Nations report has added Syria to a list of countries to a “list of shame” for the treatment of children since the beginning of the uprising against the regime of President Bashar al-Assad early last year.

UN Secretary-General Ban Ki-moon's 2011 annual report on children and armed conflict accuses Syrian forces and militiamen loyal to the government of torturing and executing children. The report also accuses Syrian troops and militias of using children as human shields and subjecting them to arbitrary arrest. It says some of the victims of such abuse have been as young as nine years old.

UN Secretary General Ban Ki-moon has said there has been a "dangerous intensification" of armed violence across Syria. He demanded UN access to the bombarded town of al-Heffah as the US voiced fears of a new massacre. (12.06.2012)

"In almost all recorded cases, children were among the victims of military operations by government forces, including the Syrian armed forces, the intelligence forces and the shabiha militia, in their ongoing conflict with the opposition, including the Free Syrian Army," the report says.

The secretary-general said the UN had received reports of "grave violations" against children in Syria as early as March 2011, when anti-government protests began. Among the sources cited in the report are eyewitness accounts of alleged cases of abuse from former members of the Syrian armed forces and intelligence service.

"Rarely have I seen such brutality against children as in Syria, where girls and boys are detained, tortured, executed, and used as human shields," Radhika Coomaraswamy, the UN's special representative for children in armed conflict, told the AFP news agency.

The report was completed prior to a massacre reported in the central Syrian town of Houla last month in which 49 of the 108 victims are said to have been children.