The Jewish congregation in the southern German city of Ulm has a new synagogue, almost 75 years after it was destroyed by the Nazis. Germany’s president spoke of a “joyful day for all people of good will.” 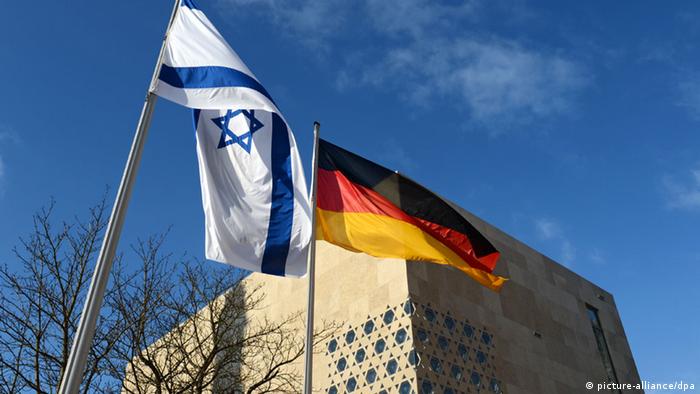 Speaking at the opening ceremony on Sunday, President Joachim Gauck said the construction of the synagogue was significant beyond Ulm, because it showed that "after all that horror and scandalous injustice" committed by the Nazi regime, Jewish life and culture were again at home in Germany.

Ulm's original synagogue was destroyed by the Nazis in 1938.

Gauck also used his speech to speak about a couple of things that have worried members of Germany's Jewish community in recent months, including acts of anti-Semitic violence and a highly charged public debate over the practice of circumcision. Gauck condemned the anti-Semitic and anti-Muslim attitudes expressed by some during the debate, which had begun with concern about a child's well being.

A house of prayer and learning for Jews, Muslims and Christians is planned for Petriplatz in Berlin. The design is set and hopes are high, but a building alone can't bring understanding, reminds the architect. (19.10.2012)

Among the others who attended the opening ceremony were the premier of the state of Baden-Württemberg, Winfried Kretschmann, and the president of the Central Council of Jews in Germany, Dieter Graumann.

Graumann described the construction of the synagogue as "an expression of trust cast in stone" in the Federal Republic of Germany. This trust remained, Graumann said, despite the heated debate over circumcision, and the fact that the attackers who beat up a rabbi in Berlin back in October, still hadn't been caught.

Referring to the Holocaust, Kretschmann said German society must never again fail the Jewish people, and the model of cooperation between state and religion must be fostered and cultivated.