Rescue efforts are underway, after a freighter went down in poor weather in the Black Sea, leaving two sailors dead. Turkish authorities said the ship was Ukrainian and transporting a cargo from Georgia to Bulgaria. 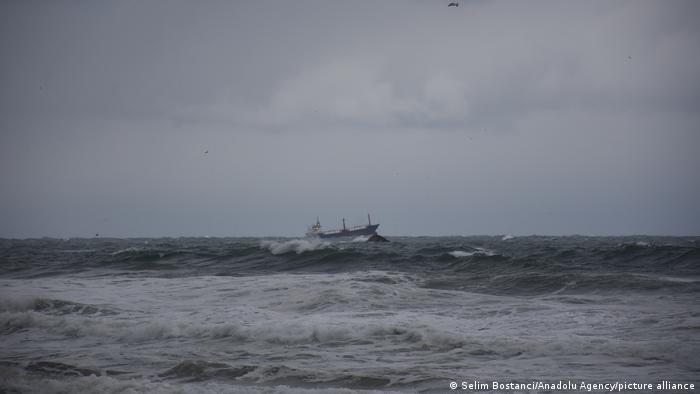 What caused the Ukrainian freighter to sink remains to be determined

"So far, five people have been rescued. The lifeless bodies of two people were pulled onto the (rescue) boat," the governor of Turkey’s Bartin province, Sinan Guner, was quoted as saying.

"The ARVIN ship attempted to take refuge at the Bartin port due to poor weather conditions as it carried cargo from Georgia to Bulgaria," Guner added.

The Turkish coast guard also said the vessel had sunk after taking in water amid heavy weather conditions.

It was previously believed that the ship was Russian, but Guner later clarified that it was from Ukraine.

A spokesman for Ukraine's Foreign Ministry confirmed the incident to Reuters news agency, saying the Ukrainian consulate staff in Turkey were providing assistance on site.

The ship is said to have had a crew of 13 to 15 sailors, two of whom were confirmed to be Russian nationals.

Rescue efforts were underway to find more survivors, with The Turkish navy being involved, the Defense Ministry said.

Guner said poor weather conditions had affected rescue operations, which have struggled to reach the crew. The governor added that other civilian ships were assisting authorities on the water.

Lifeboats from the ship could be seen some 600-700 meters from the shore and that a Navy vessel had been deployed to try to reach them.

The cause of the accident remains unclear.